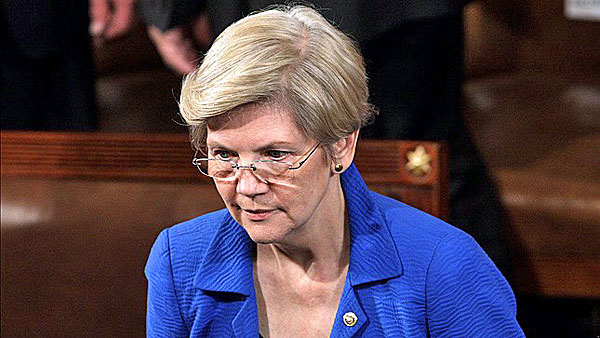 Sen. Elizabeth Warren said the filibuster is both racist and shouldn’t be permitted in the Senate since it gives the minority veto power, according to Axios. The legislative filibuster, which dates back to the 1800s, is a rule that requires 60 votes for most legislation to pass in the Senate.

“The filibuster has deep roots in racism, and it should not be permitted to serve that function, or to create a veto for the minority,” Warren told Axios on Thursday. “In a democracy, it’s majority rules.”

Warren added that the founders didn’t intend for the filibuster to be implemented in Senate legislative procedure, according to Axios. Rather, it was designed to give southern states the ability to veto any anti-slavery or civil rights law they opposed, Warren said.

Warren first announced her opposition to the filibuster in 2019, CNN reported.

Given how often Warren filibustered when she was in the minority, does this make her a racist? Anyone who covers this without mentioning her record is not telling the full story. https://t.co/RshVmFZBOC

“If my colleagues had issues with the legislation, they should have accepted that we were willing to give them multiple amendment votes so that we can make the necessary adjustments to get this across the president’s desk,” Scott said.

Calls to eliminate the filibuster have gained momentum since President Joe Biden took office as legislation continues to pass in the House but stalls in the Senate. Biden along with many congressional Democrats have endorsed removing the procedure.

Manchin recently explained that removing the filibuster effectively removes the involvement of the Senate minority in legislating.