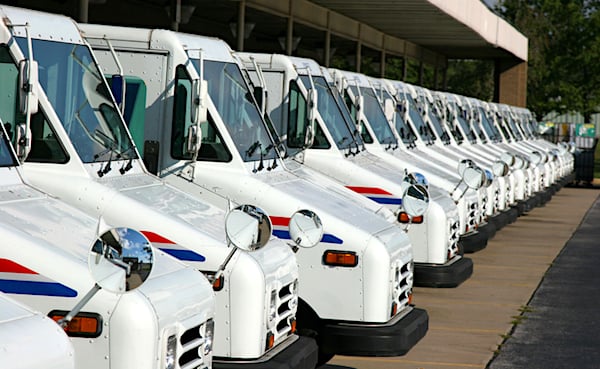 The U.S. Postal Service (USPS) is about to start making one of the world’s largest and most polluting vehicle fleets a whole lot cleaner. That is, unless environmental zealots derail things.

On Monday, March 8, House Democrats introduced a measure that would provide USPS with $6 billion to purchase a variety of electric vehicles over the next decade. Simply put, the funds are not necessary and should not be provided.

The more important and more tangible news is that on February 23 USPS announced that after more than five years of study and analysis, it is modernizing its delivery fleet with the purchase of up to 165,000 vehicles over the next decade. The contract was awarded to Oshkosh Defense, which has a long track record of providing quality and innovative vehicles to the U.S. government.

The new vehicles are a positive development for USPS’s customers – the American people – as well as postal workers and the environment.

USPS has 140,000 vehicles that are at least 20 years old and need significant maintenance to continue in service.

The current vehicles lack fuel efficiency and have high emissions. Hundreds have caught fire in recent years, not only threatening lives but leading to large toxic emissions through thick clouds of black smoke from burning wires, rubber, batteries, and other truck components. The sooner they are retired, the better.

Prior to the introduction of the $6 billion electric vehicle subsidy legislation, USPS’s decision to replace the trucks has been attacked by zealous environmental advocates. Joining them is Congressman Jared Huffman (D-CA), who serves on the House Committee on Transportation and Infrastructure and Congressman Tim Ryan (D-OH). They are willing to re-start what was a five-year procurement process even though the current contract can be structured such that only electric vehicles are purchased.

When Postmaster General Louis DeJoy was asked about the planned purchase of electric vehicles during his February 24 testimony to the U.S. House of Representatives Oversight and Reform Committee, he said the plan was for 10 percent of the new truck fleet initially to be electric.

As a former megadonor and fundraiser for President Trump, DeJoy is vilified and despised by many House Democrats. He was cut off from further explanation.

Subsequently, in a March 1 letter to President Biden Congressman Ryan said, “The tainted tenure of Postmaster General DeJoy calls into question the awarding of this contract.”

Rather than trying to micro-manage USPS’s vehicle fleet, Congress should focus on holistic reform of the Postal Service. USPS is in an operational crisis today, as mail delivery has dramatically slowed. It should be afforded the latitude to decide what vehicles will work best, enabling it to meet its core mission and deliver mail to all addresses six days a week.

With $26 billion in cash and available cash, USPS does not need any funds from Congress to begin the initial purchase of vehicles and to sustain future vehicle purchases, including vehicles that will be largely electric. What USPS does need, though, is holistic postal reforms from Congress in the next two years.

On March 2, the U.S. Government Accountability Office (GAO) wrote again of the need for major reforms at USPS when issuing its biannual high-risk list of government agencies, which again includes the Postal Service. In GAO’s words, “comprehensive legislative reform” is necessary.

Despite its popularity, electric vehicle technology remains in its early stages. While USPS is on the verge of dramatically improving its fleet environmentally, there could not be a worse time to impose undue burdens on USPS. Those making the “all electric” cry should realize their best option is to set politics aside, work with USPS to reform it from top to bottom, and leave social and economic experiments, as well as political fights, for another day.

Paul Steidler is a Senior Fellow with the Lexington Institute, a public policy think tank based in Arlington, Virginia.