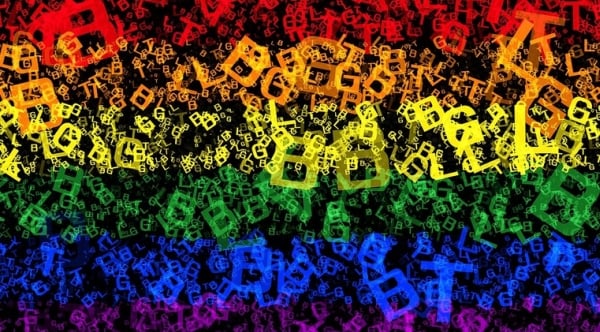 A Canadian father has been jailed for referring to a 14-year-old daughter who believes she is a boy as "she" and "her."

Robert Hoogland of Surrey, British Columbia, turned himself
in to a Canadian court Tuesday and was jailed after the provincial attorney general issued an arrest warrant for contempt, The Federalist reported.

British Columbia's Supreme Court in February 2019 had ordered that the girl receive testosterone injections despite the father's objections. The court further declared that if either parent referred to the girl with female pronouns or by her birth name, the parent would be considered guilty of "family violence."

The trouble for Hoogland began when his daughter's school referred the girl to a psychologist who recommended that she begin taking cross-sex hormones at age 13. Hoogland, citing his daughter's alleged history of mental health issues, refused to give permission. But physicians at BC Children’s Hospital decided the girl should receive testosterone injections, and the court agreed.

Hoogland charged that the government was using his daughter as "a guinea pig in an experiment."

Constitutional scholar Jonathan Turley said that if he were in that situation, he would "yield to the child's preference on how the child is referenced."

"However, the question is whether the state should play such a coercive and intrusive role in a family," argued Turley, a professor of law at George Washington University in Washington, D.C.

"Ordering a parent not to speak to his child about the issue or arresting him for referring to the child’s biological gender raises very serious parental and free speech rights in my view," he wrote in a commentary posted Friday on his website.

Should parents be jailed for not catering to their children's transgender feelings?
1% (9 Votes)
99% (1033 Votes)

"I realize that many experts believe that opposing such gender transition is abusive and harmful. I do not discount that view. However, that is a position best left to persuasive rather than coercive means. We can debate this question and many can oppose the use of such pronouns as abusive. Yet, arresting a parent for continuing to oppose such a transition or referring to the wrong pronoun is chilling. There is an utter disregard of the countervailing interests and rights of parents in these decisions."

Robert Hoogland tells his story in a public forum:

On a crowd-funding site, Hoogland said he is "fighting the far left based on a civil disobedience defense."

He said he will be back in court for a five-day criminal trial from April 12 to 16.

"That trial that could land me in jail for up to five years for speaking truth about state sponsored child abuse," he said.

The court, Turley noted, demanded that the father "shall be restrained" from trying to persuade his daughter to not get the treatment, address her by her name or refer to her as "a girl or with female pronouns."

Further, the father was banned from sharing any information regarding his daughter's "sex, gender identity, sexual orientation, mental or physical health, medical status or therapies."

That was after physicians at BC Children's Hospital decided to give the girl the shots.

The Federalist noted that most children who go through transition procedures ultimately embrace their natal sex as adults.

Courts in the United Kingdom have said children should not undergo such procedures because they don't have the maturity to make such life-altering decisions.