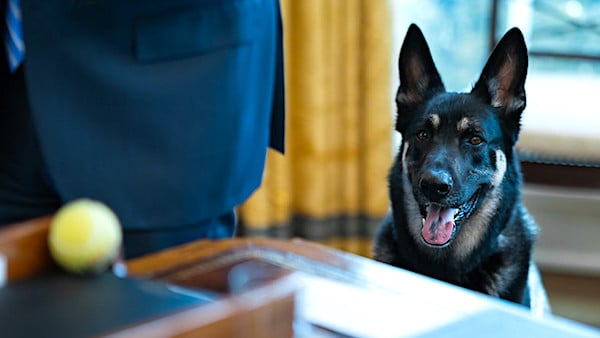 For the second time, one of Joe Biden's dogs has sunk his teeth into a federal employee.

CNN reported the dog, Major, bit a National Park Service employee who was working on the South Lawn of the White House.

The employee was taken to the White House medical unit and treated, the report said.

A spokesman for Jill Biden, Michael LaRosa, suggested the animal is "still adjusting to his new surroundings."

He described the bite as the dog having "nipped" someone.

But it was the same dog, a 3-year-old German shepherd, who bit another victim, and was sent back to the family's estate in Delaware for a time.

Major was seen on the lawn late Monday on a leash, "something that has not always been the case during other walks by the Biden dogs around the White House."

It was March 8 when Major "caused an injury" to a Secret Service worker.

Press secretary Jen Psaki claimed the injury was "minor" and blamed it on Major "getting acclimated."

The Bidens also have an older German shepherd, Champ. 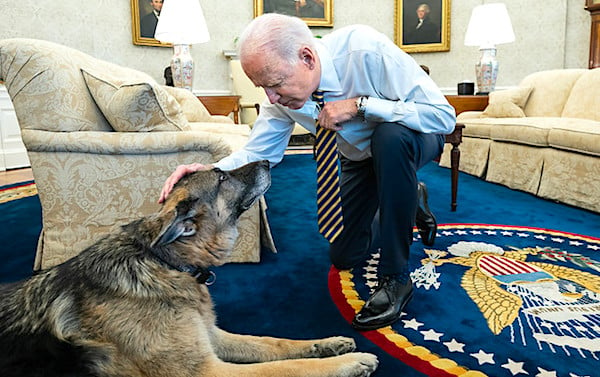 Both dogs were sent back to Wilmington, Delaware, then, but had since returned.

The Washington Examiner said the dog "sunk his teeth" into the employee.

After the first biting incident, the Western Journal called it an "embarrassment for the Democrats, the establishment media and all of Biden's enablers – even those who voted for him."

"The presence of these two dogs, and especially Major, in the White House was used to portray Biden as a moral, normal and relatable guy with a love for animals.

CBS, The Oprah Magazine, ABC and others hailed the "return of presidential pets to the White House."

There were even jokes about an "indoguration" for the animals.