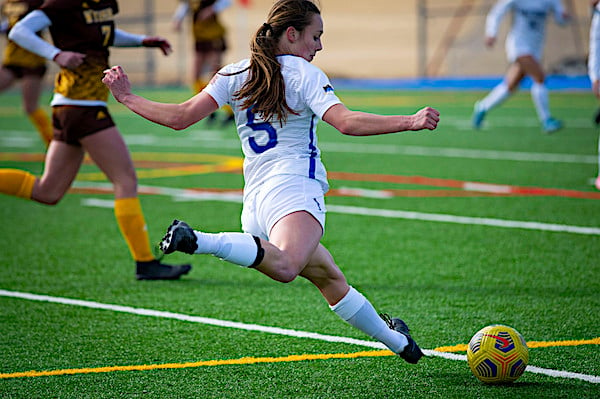 The North Carolina legislature has introduced a bill that would ban biological males from women’s sports.

House Bill 358 uses language almost identical to language used in a bill Republican South Dakota Gov. Kristi Noem sent back to lawmakers last week with suggestions. Like South Dakota’s H.B. H.B. 1217, the Save Women’s Sports Act states that there are “inherent differences” between men and women.

The bill would divide sports teams into male, female and coed teams and base participation on the person’s biological sex.

North Carolina’s bill is one of many aimed at protecting women and children introduced in 2021 thus far. A review conducted by Axios found that GOP lawmakers have introduced 61 pieces of legislation in at least 25 states that criminalize gender transition surgeries for children or prevent biological males from participating in women’s sports.

The latest POLITICO/Morning Consult poll found that 53% of registered voters do not support biological males competing in women’s sports.

South Dakota’s bill came under the spotlight after the Daily Caller News Foundation reported Friday that Noem was wavering in her support for the legislation and faced pressure from various groups in South Dakota. Though Noem said as recently as March 8 that she was “excited” to sign the bill, her communications director told the DCNF Friday morning that the governor was still weighing it.

Noem announced that she had sent the bill back to the South Dakota Legislature with suggested revisions later Friday. In a Monday press conference she reiterated that she will not sign the bill in its present form and announced the creation of a coalition separate from the bill that would work against allowing biological males to compete in women’s sports.

Today NC becomes the 30th state to introduce a Save Women’s Sports Act. If @govkristinoem wants to build a coaliton to take on the NCAA, might I suggest 30 state legislatures are way ahead of you. Governor Kristi Noem, please sign HB1217. That’s how you best provide leadership.

“Today NC becomes the 30th state to introduce a Save Women’s Sports Act,” Deutsch tweeted. “If @govkristinoem wants to build a coaliton to take on the NCAA, might I suggest 30 state legislatures are way ahead of you. Governor Kristi Noem, please sign HB1217. That’s how you best provide leadership.”