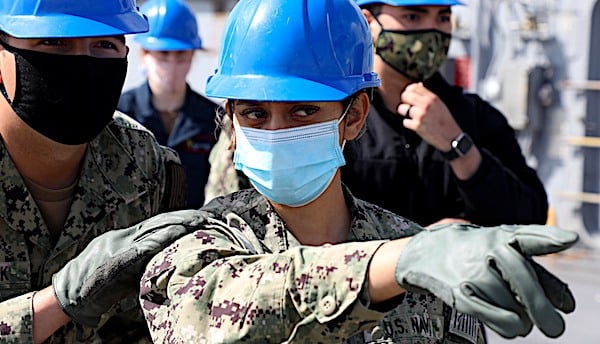 The case against protecting remote workers from pandemic-related tax changes was never a strong one. With the passage of the American Rescue Plan (ARP) Act, it’s gotten even weaker.

Since early on in the pandemic, I’ve been warning (over and over and over and over) about the need for Congress to address how states handle the tax treatment of remote-working Americans. The number of Americans potentially subject to higher tax bills or even double taxation because they’re now working from home and no longer crossing state lines can be measured in the millions. Unfortunately, with the earliest state tax deadlines less than a month away, time is running out for Congress to act.

As a result of the pandemic, many Americans switched to remote work for long periods of time in 2020. Many employees that normally cross state lines to an office (as is common in large multi-state metro areas) but instead worked from home last year may find that the state in which their office is located still expects them to pay taxes as if nothing had changed. This also opens up the possibility of double taxation, as both the resident’s home state and their prior work location’s state could allege that the work was done in that state.

States pursuing these tax bills counter that they simply lack the room in their budgets to provide relief from these assessments. Never mind that it was often the states making this argument that promulgated special rules ensuring that workers following pandemic guidelines and working from home couldn’t escape their tax webs.

One of the most egregious examples of states’ revenue sickness came when New York, consistently one of the most aggressive states when it comes to subjecting nonresidents to its high tax rates, even required medical workers who volunteered to travel to New York City when the city was a COVID hotspot to pay New York income taxes for the time they worked there. When asked why the state was choosing this approach, Governor Andrew Cuomo responded that the state was not “in a position to offer any subsidies right now.”

Well, now they are. Even as the fiscal situation of many states improved dramatically over the course of last year, Congress still decided to go ahead with huge amounts of funding for state and local governments. States that begged for federal aid when they were anticipating overall revenue decreases of 8 percent or more instead saw an average revenue decrease of just 0.4 percent.

Nevertheless, the ARP sets out just under $200 billion for states, more than enough to defray the “cost” to states of not aggressively pursuing income tax revenue from workers who no longer have any connection to that state. That means that states really no longer have any reason to oppose Congress setting a single national standard for COVID remote work state income tax collections.

Even though the IRS has reportedly decided to move the deadline for filing federal income tax returns to May, it’s unlikely that every state will conform to this shift. Thus, to protect workers from surprise income tax assessments from states they no longer work in, Congress still needs to act as soon as possible.

Fixing the tax treatment of remote work doesn’t cost the federal government a cent, and Congress just gave states more than enough cash to console overzealous state revenue department officials. There’s no longer any reason to avoid fixing this issue once and for all.