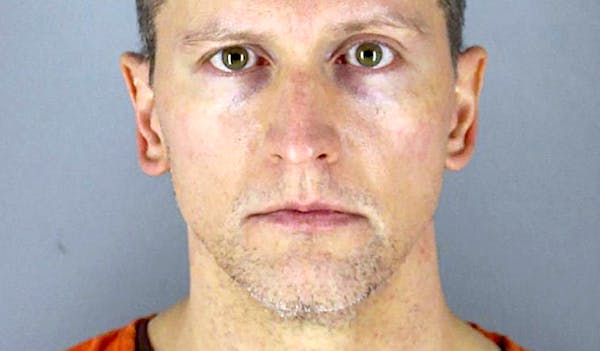 As jury selection opens for the trial of Derek Chauvin, a new poll finds only 36% of American adults believe the former Minneapolis police officer is guilty of murdering George Floyd.

The USA Today/Ipsos survey also finds Americans' trust in the Black Lives Matter movement has fallen while their faith in local law enforcement has risen since protests in response to Floyd's death on Memorial Day 2020 erupted across the nation.

However, since then, body cam footage from officers involved in the incident combined with the toxicology report indicate that Floyd died of a fentanyl overdose, and defense attorneys contend Chauvin adhered to his training by the Minneapolis Police Department.

In the new survey, 64% of black Americans view Floyd's death as murder. But only 28% of white Americans see it that way.

Nevertheless, the poll found that of the Americans who have heard at least something about Chauvin's trial, 60% hope he is convicted and only 15% want him to be acquitted.

Last June, USA Today found 60% of Americans expressed trust in the Black Lives Matter movement to promote justice and equal treatment of people, compared with 56% who trusted local police to do that.

However, trust in Black Lives Matter has fallen to 50% while trust in local police and law enforcement has risen to 69%.

Apparently aware that Chauvin could be acquitted, Minneapolis city leaders are urging local business owners to have an emergency preparedness plan in place, particularly for the later stages of the trial.

The state has allocated $36 million for security for the trial, including multi-layered fencing around the court house in Minneapolis.

Chauvin's attorneys argue the neck restraint his used was part of the protocol to keep someone in a drug-induced state of excited delirium from harm by holding him in place. And two days after the four officers were charged, the toxicology report was released showing Floyd had more than three times the fatal dosage of fetanyl in his blood.

A letter to business owners said the city of Minneapolis is working with Hennepin County, the state of Minnesota and federal partners on a "coordinated safety plan during the trial and after the verdict, collectively known as Operation Safety Net."

Businesses and property owners, the letter says, may choose to take additional actions as "boarding or permanent security gates."

On Monday, jury selection for the trial was delayed as the court considered a request by prosecutors to reinstate a third-degree murder charge against Chauvin. The charge would give the jury a compromise, increasing the possibility of a conviction.

Second degree murder in Minnesota can be charged when a defendant intentionally kills someone but the murder is not premediated. Third-degree murder is killing a person without premeditation and intent through inherently dangerous acts, without regard for human life.

See a video analysis of the case by former prosecutor George Parry: