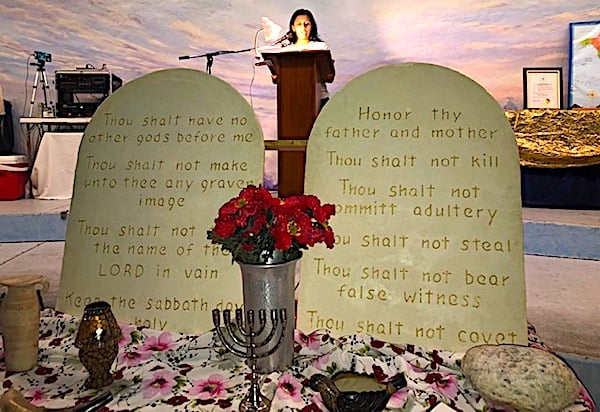 White House Press Secretary Jen Psaki would not say Tuesday whether President Joe Biden will keep an office within the Department of Health and Human Services dedicated to religious freedom.

The Conscience and Religious Freedom Division was launched by the Office of Civil Rights in January 2018 under former President Donald Trump’s administration.

This was the first time a federal office for civil rights created a separate division focused on “ensuring compliance with and enforcement of laws that protect conscience and free exercise of religion in healthcare and human services,” according to a Jan. 24, 2020 statement from the Department of Health and Human Services.

Eternal World Television Network reporter Owen Jensen questioned Psaki Tuesday on the implications of the Equality Act and whether this office would remain in place to receive conscientious objections to the legislation.

“Pro-life groups right now are very concerned about the phrase ‘pregnancy discrimination,’ in the Equality Act,” which “would force doctors to perform abortions even if it violates their conscience,” Jensen said.

“There are also concerns that the bill would force doctors to perform gender transition surgeries and sterilizations again even if it violates their conscience, what does president Biden say about those concerns?”

Psaki responded by noting that Biden has “long been a supporter of Roe v. Wade.”

“It has been his consistent belief that should be law and he will fight to continue to protect that as being law,” she said.

Jensen further pressed Psaki on whether Biden will keep the division to “receive conscience complaints from these doctors.”

Psaki did not address this question, telling him, “You will have to talk to the future secretary Becerra once he is confirmed.”

Pro-life advocates and lawmakers have previously called on the Senate to reject Biden nominee Xavier Becerra for Secretary of Health and Human Services, warning that he is “an enemy to every pro-life policy and law,” according to a Feb. 18 letter.

The Equality Act, which passed the House of Representatives last week, explicitly says that it would trump the Religious Freedom Restoration Act (RFRA) of 1993, meaning that Americans could not use the RFRA to challenge and defend against any provisions in the Equality Act that violated their religious freedoms.

“The Religious Freedom Restoration Act of 1993 shall not provide a claim concerning, or a defense to a claim under, a covered title, or provide a basis for challenging the application or enforcement of a covered title,” the legislation says.

The Equality Act also mandates that individuals who identify as another gender cannot be denied access to the locker room of their choice.

Supporters of the legislation say it ensures that LGBTQ Americans share equal rights with their fellow citizens. Proponents herald the Equality Act as legislation that only promotes love and equality.

Critics, like the pro-life Charlotte Lozier Institute, argue that the Equality Act “attacks the lives of countless unborn children, endangers Catholic and other pro-life health care providers, provides a basis for challenging all state and federal limits on public funding of abortion, and treats religious believers as second-class citizens who must violate their fundamental moral convictions to serve the goals of the pro-abortion movement.”