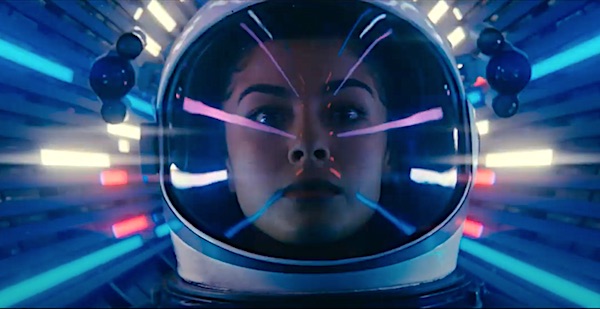 The federal government is preparing to release a report on UFO sightings that defy explanation, according to a former director of national intelligence.

John Ratcliffe, who was DNI for President Trump, said in an interview Friday with Fox News' Maria Bartiromo that many of the sightings were reported by Air Force and Navy pilots, and others were picked up by satellites.

The UFOs' "frankly engage in actions that are difficult to explain, movements that are hard to replicate, that we don't have the technology for," he said.

"There are instances where we don't have good explanations for some of the things that we've seen."

The report by the current DNI and the Pentagon will be released before June 1. It was commissioned in legislation signed by President Trump last year.

Wow. Maria Bartiromo gets former DNI John Ratcliffe to talk about UFOs ahead a deadline for the government to disclose what it knows about them...

"Usually we have multiple sensors that are picking up these things...there is actually quite a few more than have been made public" pic.twitter.com/qu4VlzrZw1

Ratcliffe said he tried to get the information declassified while he was in office but ran out of time.

Incidents include a UFO breaking the sound barrier without a sonic boom.

Ratcliffe noted the sightings of "unidentified aerial phenomena" had been observed around the world.

The law calls for the Pentagon and other agencies to identify any perceived threats from "unidentified aerial phenomena."

Some explanations might be as simple as a weather anomaly, Ratcliffe said. Or it could be technology developed by "our adversaries."

The Navy released videos last year, under a Freedom of Information Act request, that showed UFOs moving at remarkable speeds and accomplishing aerial maneuvers beyond the capability of American aircraft.

Ratcliffe said the nation would best be served by opening up as much information as possible.

In January, a week before Ratcliffe stepped down, the CIA released records of hundreds of UFO sightings dating back to the 1950s.

A compilation of more than 3,000 pages, outlining hundreds of incidents, was published on The Black Vault website, and UFO enthusiasts have been poring over them since.

One video was leaked online by Chad Underwood, a Navy aviator, who said he saw an oblong, wingless "Tic Tac" shaped object over the ocean near Mexico.

He said at the time: "The thing that stood out to me the most was how erratic it was behaving. And what I mean by 'erratic' is that its changes in altitude, air speed, and aspect were just unlike things that I've ever encountered before flying against other air targets."