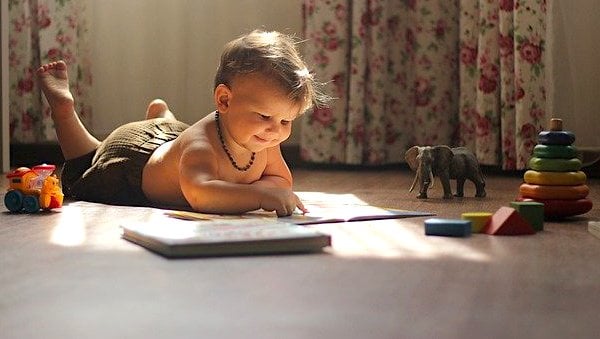 (Image by Катерина Кучеренко from Pixabay)

A Christian adoption agency's decision to allow same-sex couples to adopt children is a surrender to the sexual revolution, charged Albert Mohler Jr., the president of Southern Baptist Theological Seminary.

Mohler was responding on his website to the announcement by Bethany Christian Services, one of the nation's largest evangelical agencies involved in adoption and foster care.

"Bethany Christian Services has now surrendered to the sexual revolution and the attempts to reshape the family into a new form that violates God’s good design," Mohler wrote. "This is a historic moment that, to be fair, we have seen coming."

He noted that in 2018, BCS "altered its local policies in the city of Philadelphia when the city authorities put pressure on Christian-based adoption agencies to provide services for same-sex couples. BCS capitulated then and now they have submitted to the demands of the LGBTQ movement at the national level. The surrender is total and unconditional."

"In other words, Bethany Christian Services surrendered even before the battle began."

The city eventually was sued and the case, Fulton v. City of Philadelphia, is pending before the Supreme Court.

The Trump administration submitted a document in the case arguing Philadelphia "has impermissibly discriminated against religious exercise" and the city’s actions "reflect unconstitutional hostility toward Catholic Social Services’ religious beliefs."

The Supreme Court determined Colorado acted with "hostility" toward Christianity in the Jack Phillips-Masterpiece Cakeshop. And a federal judge in Michigan recently blocked a policy similar to Philadelphia's, citing apparent "hostility toward a religious viewpoint."

Mohler said Bethany's move "can only be described as a watershed pivot — a pivot away from orthodox biblical Christianity and towards the aims of the sexual revolution and its new morality."

And he warned about the Democrats' Equality Act bill, which critics say would place LGBT rights above First Amendment speech and religious rights.

"Bethany’s surrender exemplifies the growing cultural pressures from the LGBTQ community and the looming threat of the Equality Act. The moral revolution is now firmly established in the Democratic majorities in Congress and in the White House, where President Biden is proudly leading the charge for what are presented as LGBTQ rights, but would actually mean a near total restructuring of society. The consequence is a legislative agenda designed to coerce Americans into the celebration of the LGBTQ agenda," Mohler said.

Bethany "at least in official policy, defined marriage in biblical terms. The agency placed children only in qualified Christian homes. Bethany believed that children deserved a loving home environment marked by a covenantal marriage union between one man and one woman. This meant that BCS and other agencies operating as Christian entities with Christian commitments would not partner with same-sex couples in the foster care or adoption process."

Then came the pivot.

The campaign was pushed by the New York Times, he said, when it reported: "Adoption is a potent issue in both gay and conservative Christian communities. More than 20% of same-sex couples with children have an adopted child, compared to 3% of straight couples."

But Mohler said that what is "missing in this analysis about the higher adoption rate amongst same-sex couples is the biological fact that same-sex couples cannot procreate—two people of a single sex do not have what it takes to bring a child into the world."

Bethany, he said, "capitulated and abandoned their core Christian convictions in order to stay open for business."

Mohler wrote: "We cannot miss this—this is a textbook case of failure to lead and to maintain conviction. Bethany hired a polling firm to decide how much latitude they really had to pivot. They did take the pivot, and they had the polling data to help them decide whether or not to hold fast to the Bible."

Bethany's official statement dismissed the controversy, saying "Christians of mutual good faith can reasonably disagree on various doctrinal issues about which Bethany does not maintain an organizational position."

But Mohler said that's nothing more than abdicating "their responsibility to state, without equivocation, the clear teaching of Scripture when it comes to the family. The Christian church, regardless of denominational ties, has for two millennia been clear on the institution of marriage and the family. If you claim the name of Christ and claim to operate as a Christian adoption agency, you have no choice but to declare definitively where you stand on the question of marriage, sexuality and gender."

Mohler said every Christian and Christian organization eventually will be faced with a similar choice.

"Let me be clear as to where I and The Southern Baptist Theological Seminary stand: 'As for me and my house, we will serve the Lord.' The demand to pivot will undoubtedly come—but we will not surrender before the fight. We will see the fight through, all the way to the end. If we have to leave the buildings to the bats, so be it. We will shut it all down before we surrender our commitment to Christ, to the gospel, and to the unfailing truth of God’s Word."