As a growing number of states ease their COVID-19 restrictions, a prominent Stanford medical professor and health economist is doubling down on his contention that the lockdowns are the "biggest public health mistake we've ever made."

Dr. Jay Bhattacharya of the Stanford Medical School made the remark in an interview with the Daily Clout last month and confirmed it to Newsweek in a story posted Monday. 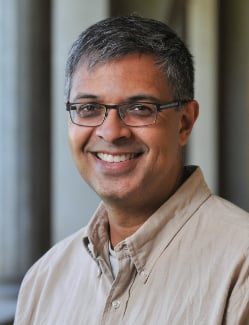 "I stand behind my comment that the lockdowns are the single worst public health mistake in the last 100 years," he said. "We will be counting the catastrophic health and psychological harms, imposed on nearly every poor person on the face of the earth, for a generation."

Bhattacharya, a co-author of the Great Barrington Declaration, a petition calling for the end of COVID-19 lockdowns, argued the measures "have not served to control the epidemic in the places where they have been most vigorously imposed."

"In the U.S., they have – at best – protected the 'non-essential' class from COVID, while exposing the essential working class to the disease," said Bhattacharya, an associate professor of medicine at Stanford and a health economist with the Freeman Spogli Institute's Center for Health Policy.

He called the lockdowns "trickle down epidemiology."

The Great Barrington Declaration has received signatures from more 13,000 medical and public health scientists, more than 41,000 medical practitioners and at least 754,399 "concerned citizens."

The declaration is based on the fact that older people with multiple comorbidities have a much higher risk of dying of COVID-19 than others.

At a Senate hearing in December, as WND reported, Bhattacharya explained the declaration's two planks.

"For older people, COVID-19 is a deadly disease that should be met with overwhelming resources aimed at protecting them wherever they are, whether in nursing homes, at their own home, in the workplace, or multi-generational homes," he said. "They should be prioritized for vaccines, and we should be actively seeking widely available and effective treatments."

But for "the non-vulnerable, who face far greater harm from the lockdowns than they do from COVID-19 infection risk, the lockdowns should be lifted and – for those who so decide – normal life resumed."

Last September, Bhattacharya participated in a roundtable with Republican Florida Gov. Ron DeSantis in which he said the widescale lockdowns actually increase the risk to the vulnerable, slowing down the building of herd immunity for the population.

On Tuesday, Maryland's Larry Hogan became the latest governor to announced a lifting of many coronavirus restrictions, although he will leave in place the state's mask mandate.

Hogan said that "with the pace of vaccinations rapidly rising and our health metrics steadily improving, the lifting of these restrictions is a prudent, positive step in the right direction and an important part of our economic recovery."

On Monday, Wyoming Gov. Mark Gordon announced he will lift the statewide mask mandate on March 16 along with other restrictions on businesses.

One week ago, Texas Gov. Greg Abbott announced his state will open "100%" and end the statewide mask mandate, arguing cases and hospitalizations have dropped precipitously, vaccines are being distributed and "too many Texans have been sidelined from employment opportunities" and "too many small business owners have struggled to pay their bills."

By the end of the week, at least six other states followed with significant moves.

On Thursday, Alabama Republican Gov. Kay Ivey extended her state’s mask order for another month but said it will end for good April 9.

California will allow Major League Baseball and theme parks such as Disneyland to host live shows at reduced capacity on April 1.

Axios reported the Centers for Disease Control is allowing shelters handling child migrants to expand to 100% capacity, abandoning a COVID-19 requirement to stay at 50%.