Nov. 3, 2020, was a day of reckoning for the Republican Party in a number of different ways. The surprise election loss of President Trump and the voter fraud that played a significant role in his electoral defeat will be issues that the party and the country will be grappling with for years to come. But just as a Phoenix rises from the ashes of a fire, several new and impressive conservative leaders were elected to the House of Representatives in that same 2020 election. With them, they have brought an exciting new enthusiasm that can serve as a path forward and a template for the future of the Republican Party.

New leaders like Reps. Madison Cawthorn, Lauren Boebert and Marjorie Taylor Greene have emerged to breathe much-needed life back to Republicans after a stunning election defeat in November. Unlike D.C.'s anti-American swamp elites, who only care about their own interests and investments, these members of Congress represent the true heart of America and champion the kind of populism that propelled President Trump to the White House in 2016.

The establishment Republicans who are working against such leaders represent the past and have betrayed their party, their country and their solemn oath. All too often, they have been too happy to feed into Democratic propaganda and vote against their party's interests and fellow members. For those with eyes to see, recent votes in both chambers have shone the cleansing light of truth upon this divide's stark contrast.

The 11 Republicans who voted with Democrats to strip Marjorie Taylor Greene of her committee assignments based on meritless allegations are feeding into the very narrative Democrats are propagating, intending to destroy the Republican Party and the Republic. Meanwhile, in the Senate, the impeachment vote has shown that so-called allies and members of the party like Sens. Mitt Romney, Lisa Murkowski and Richard Burr cannot be trusted. They blatantly turned against the values of their constituents by supporting the unconstitutional show trial in the Senate.

The fact of the matter is that it's time for unconstitutional, elected officials like this to go. Americans and their posterity deserve leaders who will be truthful with them instead of engaging in two-faced double-speak that only serves to help advance the tyrannical, globalist goals of progressives in Washington.

Rep. Greene has been faithful to herself and her constituents! She has shown herself to be the fearless warrior America needs by confronting head-on the smear campaign launched by today's "Tokyo Rose – the mainstream media." For this reason, she was recently applauded by many members of her conference when addressing these allegations. Meanwhile, Rep. Cawthorn stood up for truth, honoring our founders' values and ideals, disavowing the blatant weaponized hypocrisy that has infected Washington, and calling out the despicable swamp creatures who voted for impeachment. He even went as far as to call out his home state's Richard Burr, exposing his untrustworthiness for calling impeachment unconstitutional and then voting to convict Trump.

Americans and America need warriors like this who are not afraid to wield the sword of truth on the invisible battlefield of ideas. As President Eisenhower observed, "History does not entrust the care of freedom to the weak or timid," for as Thomas Jefferson noted, "Timid men prefer the calm of despotism to the tempestuous sea of liberty."

The very foundations of liberty and freedom America was built upon are at risk from progressive puppets such as Rep. Alexandria Ocasio-Cortez and her so-called "Squad." The ideologically subverted Democrats, and establishment Republicans, and their self-righteous liberal media want you to believe that the elected officials who are willing to stand up to them are "dangerous." Displaying their animus by labeling those warriors of the Constitution as dangerous only again shines the light of truth on their psychological disorder – projectionism (calling us what they are). We the people must raise our voices and stand behind these valiant warrior-representatives who aren't afraid to say, "The emperor has no clothes," by calling out identity politics and the evils of "toxic" swamp behavior wherever it exists.

Mainstream, cancel-culture outlets and CCP parrots like CNN and MSNBC propagate the false narrative that the America First agenda and the Republican Party are in shambles – but nothing could be further from the truth. The party's future is here and spearheaded by patriots like Cawthorn, Boebert and, notably, Greene, who Mother Jones recently claimed had a storm coming for her. They are right that something is afoot at the Capitol, but it is not what they may anticipate. Progressives and the liberal media may have the "Squad," but a conservative alternative – the "Storm" – is brewing. 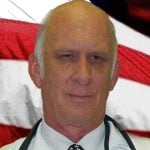