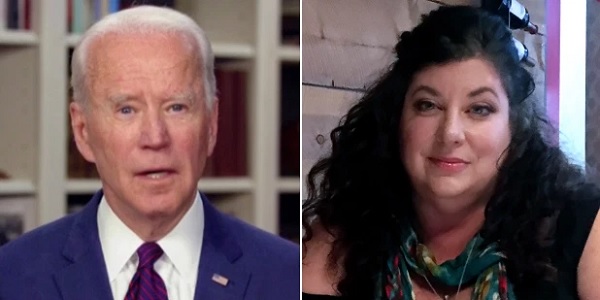 President Joe Biden’s accuser Tara Reade accused him of both “hypocrisy” and “lies” Tuesday evening for praising the courage of #METOO accusers.

The president discussed the slew of allegations against Democratic New York Gov. Andrew Cuomo with ABC News’ George Stephanopoulos in an exclusive interview Tuesday. Biden said that “a woman should be presumed telling the truth and should not be scapegoated and become victimized by her coming forward.”

Reade told the Daily Caller News Foundation Tuesday evening that Biden was “using platitudes and lies to cover his own misconduct.”

EXCLUSIVE: @GStephanopoulos on Gov. Andrew Cuomo: “If the investigation confirms the claims of the women, should he resign?”

“Again Biden is using the wolf in sheep clothing pretending to care but meanwhile he used his resources to silence and smear,” the Biden accuser told the DCNF. “He is a predator, not an ally, of women.”

Reade dismissed the idea that Biden’s comments might have been made out of forgetfulness.

“I think it’s willful,” she told the DCNF. “He remembers.”

Reade worked as a Senate staffer for Biden in 1993 and has accused the then-senator of kissing her, touching her, and penetrating her with his fingers without her consent. Biden has repeatedly denied the assault and said it “absolutely did not happen.”

Reade previously told the DCNF in an exclusive April 2020 interview that “Biden is like a wolf in sheep’s clothing.”

“He’s championing supposedly women’s rights but in his personal life that is not the way he’s conducted himself,” she said.

At the time, Reade lamented that her sexual assault accusation had become a “partisan tool,” saying that Republicans weaponized her and Democrats both ignored and discredited her.

“It’s inexcusable,” she told the DCNF in April 2020. “I’m sorry that I’m politically inconvenient but my perpetrator was Joe Biden. And people need to deal with it.”

Her accusations garnered national attention in late April and early May, but subsequent news stories regarding Reade’s academic credentials, alongside testimony from former staffers, called her credibility into question. An Antioch University spokeswoman told Politico that Reade didn’t graduated from the college nor serve on its faculty as she claimed.

Records provided by Reade from both her college and law school show that the situation is not as clear. The documents, the Intercept reported Monday, are consistent with Reade’s story that her graduation from Antioch University was handled in a unique and discreet manner tied to her legal name change due to domestic violence. The documentation also complicates an assertion from The New York Times that Reade deliberately lied about her undergraduate degree.