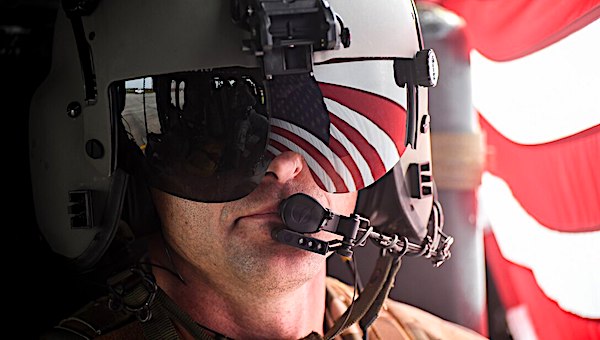 California Democratic Reps, Anna Eshoo and Jerry McNerney are upset with what they perceive as “misinformation” coming from right-wing news outlets like Fox News, Newsmax and OneAmerica News Network, and now they’re seeking to enlist the nation’s cable companies in the campaign to shut it down.

In letters to a dozen cable companies and other video distributors, the Congress members demand that the companies demonstrate what “moral and ethical” considerations have led them to keep the news organizations on the air, given their focus on alleged fraud in the 2020 presidential election and insufficient outrage at the Jan. 6 Capitol Hill riot.

The letters were met with predictable and justifiable ire from both the left and the right: they amount to elected representatives seeking to end-run the First Amendment by bullying companies into doing what Congress itself is constitutionally forbidden from requiring in law. But the members’ demands betray a deep ignorance not just of constitutional law, but of contract law and the business realities of creating and distributing video content.

The video ecosystem comprises a complex web of contracts between creators, programmers and distributors. These multi-year contracts contain detailed requirements regarding the placement and carriage of channels that would frustrate any command that a “multichannel video programming distributor,” or MVPD, should remove a channel for moral or ethical concerns.

MVPDs faced a similar threat of technical disruption five years ago, when then-Federal Communications Commission Chairman Tom Wheeler contemplated forcing them to grant access to their programming to third-party set-top box makers. Objections to Wheeler’s proposal came not just from cable companies and other MVPDs; critically, regulatory intervention in the video market threatened the business negotiations of all parties, particularly the licensing interests of content creators who depend on stable expectations for advertising, channel placement, branding and regulatory compliance.

MVPDs serve as platforms that connect content producers, advertisers and consumers. The contractual relationships between the MVPDs and each of these other parties help to determine the investment and production cycles for content over the long term. For example, under a 1992 law, MVPDs must receive consent from broadcast networks to carry their programming. That permission comes in the form of “retransmission consent agreements,” which are written based on certain assumptions about market size, subscriber base and potential advertising revenue.

In this complicated network of interests, a command from a lawmaker to selectively remove or reduce the reach of a particular stream of content threatens to undermine not just MVPDs’ viability as platforms, but all of the long-term investment decisions to create content. If Eshoo and McNerney’s “hints” were to be taken seriously, reams of content distribution and licensing agreements would be jeopardized, which would have ripple effects throughout the video and news ecosystem.

Although the letters appear motivated by politics, the concerns that underlie them should not be discounted. Even if we had platforms and cable networks that excelled in moderating their content, it is the nature of news, user-generated content, and even movies and television shows that at least some bad content inevitably will slip past reviews by directors, editors or algorithms. It is important to consider how to handle incorrect, defamatory or otherwise harmful information when it arises.

Online platforms are currently under the microscope for how and when they use their discretion to moderate. In part, this is because the broad contours of the underlying legal regime are still subject to dispute. Commentary from the legal professoriate ranges from defenders of the status quo, like Eric Goldman of Santa Clara University, to those who point out faults in the current regime, like Danielle Citron of Boston University and Mary Anne Franks of the University of Miami.

By contrast, the cable companies and other MVPDs are governed by laws and precedents that have existed for decades—in some cases, for centuries. Distributors’ legal liability for news, television or other video content is largely determined by tort law. Indeed, content producers and distributors routinely buy insurance to cover a whole range of harms for which they may be liable, including defamation, breaches of privacy, copyright infringement and a host of other torts.

Lawsuits against cable and media companies may result in settlements or court-ordered damages. Insurance companies help to police the market by charging higher premiums for firms engaged in more potentially reckless conduct. In cases where the harms are judged too costly to insure, it may result in content being removed entirely. For example, the powerful role that defamation suits can play in correcting bad actors has been apparent in recent weeks, as a number of news outlets and personalities have been forced to walk back false allegations previously leveled against the election-technology firms Dominion Voting Systems and Smartmatic USA.

In other words, the law already offers ways to discipline much of the behavior that concerns Eshoo and McNerney. In more extreme cases, there are criminal statutes that cover matters like incitement to sedition, revolt or public violence. Demanding a distributor drop politically disfavored channels undermines not only the entire content-production ecosystem, but also the rule of law. If the legal system can’t remedy or prevent harm, the right approach is to fix the law, not to bully private companies.

Kristian Stout is Director of Innovation Policy at the International Center for Law and Economics. His works appeared in national outlets, such as The Hill, The Wall Street Journal, Law360, and others. Kristian is an expert in intellectual property, antitrust, telecommunications, and internet governance.