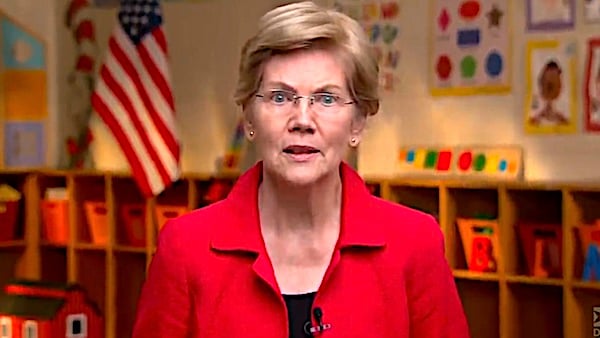 Senator Elizabeth Warren (D-MA) recently revived her campaign proposal for a wealth tax on taxpayers with a net worth exceeding $50 million. Unfortunately, the plan retains the same defects as her previous proposals to tax wealth, along with the same distortions she used to defend it last time.

Senator Warren has routinely presented her wealth tax proposal as a minor, moderate tax on the ultra-wealthy. Just as she did on the presidential campaign trail, Warren is describing her plan as a “two cent” tax. This dishonest framing allows Warren to pretend that the tax is small.

But wealth taxes are deceptively impactful. Most taxes, such as income taxes or property taxes, are assessed on just a subset of a taxpayer’s wealth. Wealth taxes, on the other hand, target the entirety of an individual’s wealth, year after year, which gives them an impact far greater than the nominal rate might suggest.

This can be particularly significant for investments. While a 2 percent wealth tax may appear minimal compared to normal income tax rates, it is effectively a 50 percent income tax on an investment that grows at a 4 percent annual rate. In reality, it’s worse than that, because you pay that wealth tax even if your assets lose value in a given year. As a result, bona fide comparisons to income tax rates are like comparing apples and Apple Watches.

It also targets “normal” investment returns, or the returns that investors expect to receive on their investment, and does not target at all “supernormal,” or windfall, returns. Ideally, taxes on investments should do the exact opposite.

One of the most significant issues that any proposal to tax wealth must grapple with is how to assess the value of non-liquid assets. Warren’s brilliant, policy-wonk solution to this is...to tell the Treasury Department to figure it out, eventually. To propose legislation that makes no effort whatsoever to grapple with the serious administrative issues involved in valuing assets like art or jewelry on an annual basis is downright irresponsible, and it’s a recipe for wild swings in enforcement from one Presidential Administration to the next.

Non-liquid assets can create other issues for a proposed wealth tax. Entrepreneurs with successful start-up businesses could conceivably reach the $50 million net worth threshold without actually holding a great deal of liquid assets. This could result in a situation where entrepreneurs are forced to dilute their ownership shares in successful start-ups just to pay their wealth tax bill, allowing established players to buy up competitors.

And a wealth tax can have other unintended consequences. Emmanuel Saez and Gabriel Zucman, the economists Warren has worked with to formulate her proposal, have stated that calculations of wealth must include private charitable foundations, lest taxpayers use them as a means of tax avoidance. In other words, Bill Gates should pay tax not just on his personal holdings but on the assets of the Bill and Melinda Gates Foundation, which does billions of dollars in charitable work each year.

As a result, Warren’s tax would likely impact charitable foundations’ ability to do their work, either by directly taxing foundation assets or by substantially reducing contributions from the individuals that fund them. The result of hamstringing these private foundations’ charitable work would provide enough tax revenues for the government to run for a matter of hours, if not minutes.

All these problems are exactly why the supposed progressive mecca of Europe has shifted away from wealth taxes in recent years. While more countries once had wealth taxes on the books, today onlyfour European countries have any form of wealth tax in place. Even these four countries’ wealth taxes come with major caveats — France’s rate is lower and applies only to real estate, Switzerland and Spain’s are administered at the regional level, and Norway’s rate is lower, albeit with a lower wealth threshold.

Warren’s proposal fails to address the major problems with any wealth tax, and ignores lessons from other countries that wealth taxes are best avoided. Worse still, she distorts the reality of the tax she is proposing in order to sell it. Taxpayers shouldn’t be fooled — wealth taxes are a dangerous, radical proposal that would cause significant harm to the economy.

WND News Services
These reports are produced by another news agency, and the editors of WND believe you'll find it of interest.
'Insane': Photo with wife and animal gets senator's Twitter account suspended
'Lying to you': Tucker Carlson rips Biden admin for claiming Chinese spy balloon 'posed no threat'
Disney slammed over new 'anti-white' cartoon for kids
Cindy Crawford reveals why she's jealous of her lookalike daughter
'Like the apocalypse': Videos show devastation after huge earthquakes in Turkey, Syria
See more...