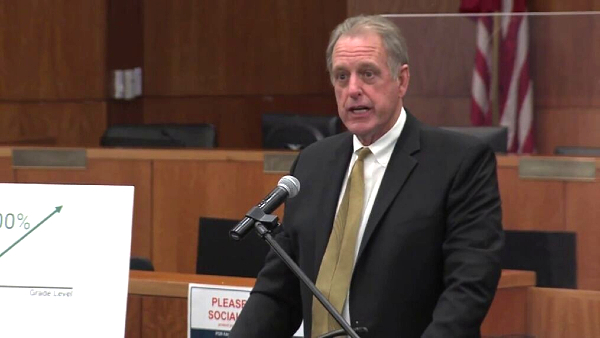 The Democratic mayor of North Las Vegas, Nevada, says he has left his party because it has neglected working-class American and fallen under the domination of "card-carrying socialists" and "elitists."

He said the party of Joe Biden "is not what we want out West, and we're not going to accept it anymore."

Lee, who was first elected to office in 1994, said that in the recent election for the leadership of the Democratic Party of Nevada, "four of the five people were card-carrying members of the socialistic (sic) party."

"The working class, the working men and women of this country and also the small business owners are not a part of the conversation anymore," Lee said.

North Las Vegas, with some 250,000 people, is about miles northeast of the Las Vegas Strip.

Lee announced his move to the Republican Party via Facebook on Tuesday.

"Today, I switched political parties. The Democratic Party is broken. It’s time to bring people together to get things done. It’s time to stop shouting and start solving problems," he wrote.