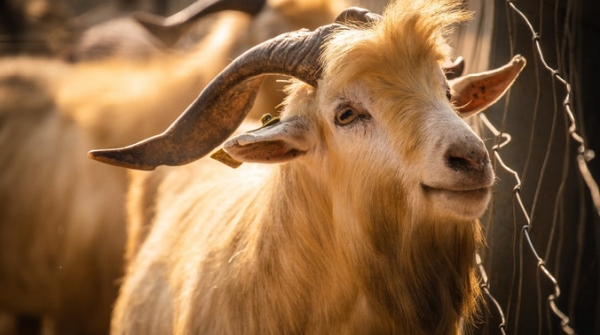 Another group of men have been indicted on charges of animal cruelty after conducting a “ritual sacrifice” at a white supremacist training camp in Georgia, ABC News reported.

The five men join three others from North Georgia who had already been charged in 2019 with the sacrifice, the Rome News-Tribune reported. The link between the men was found after a picture of the ram’s severed head was shown on Bilbrough’s phone by a Maryland prosecutor.

The men were all part of The Base, a white supremacist organization that promoted using violence to overthrow the government, ABC News reported.

Five more people have been indicted in the theft and killing of a ram during a white supremacist paramilitary training camp in 2019.https://t.co/FioLZRqZOb

The alleged meeting took place on a 100 acre property owned by the family of Luke Lane, according to the Rome News-Tribune. The group first allegedly attempted to kill the ram with a knife, but after an unsuccessful attempt the ram was ultimately shot and beheaded.

The Georgia group have been held without bond for over a year, the Rome News-Tribune reported.

Mathews, Bilbrough and Lemley were also arrested in 2019 in Maryland, just one day after the North Georgia men were arrested on charges of conspiring to murder a couple with antifascist ties, according to the Rome News-Tribune. Mathews, who has not been implicated in the murder conspiracy charges, explained that he was frustrated after losing his job in the Canadian Armed Forces when it was found that he is a neo-Nazi, the Rome News-Tribune reported.

Since the 2019 arrests, the Base organization has largely disappeared from the web, the Rome News-Tribune reported. However, an Anti-Defamation League researcher stated that members of disbanded organizations tend to reappear in other white supremacist groups.

WND News Services
These reports are produced by another news agency, and the editors of WND believe you'll find it of interest.
2.5 million Floridians ordered to evacuate as Hurricane Ian barrels closer
Smartphone users seek meaning and purpose, but usually find something darker online
Now hear this: Alexa and Siri can negatively impact a child's development
Top actress still sleeps by her 8-year-old son's side
Yikes! Woman shoots, skins Siberian husky she mistook for a wolf
See more...