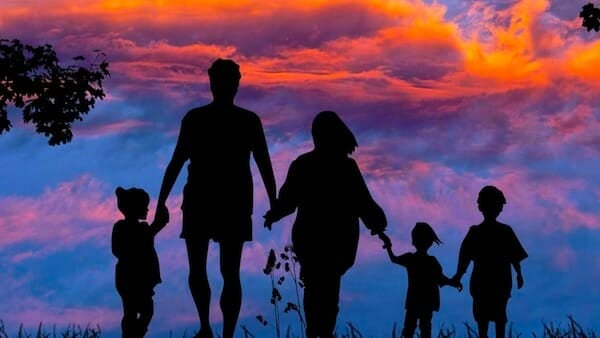 A webpage created by the Family Research Council, called "Tracking the Biden Administration," shows that more than half of the president's executive actions have had one focus.

The report cites "accomplishments" such as authorizing tax funding of abortion overseas, donating to the United Nations Population Fund that cooperates with China despite that nation's coercive abortion practices, advocating for adoption of the long-dead Equal Rights Amendment, allowing chemical abortion pills to be dispensed by mail, and authorizing taxpayer funding of research using the body parts of aborted babies.

"He has already racked up a record of targeting people of faith and faith-based organizations by demoting religious protections and demanding uniform affirmation of the transgender ideology. Those who hold to biological reality and the doctrines of the world's major religions are being put in the position of either violating their consciences or being treated by the government as second-class citizens," Perkins said.

"President Biden has consistently assaulted the very biological reality and science he claims guides his administration as he bowed to powerful interests who insist that girls can be boys and boys can be girls. He has even ordered schools to abolish girls' sports and force boys and girls to use the same showers and locker rooms. By spending millions of defense dollars on gender reassignment surgeries, he is using the military to force moral and cultural change on society, which endangers our nation, as he must divert the military's focus away from its mission of fighting and winning wars so that he can pursue his mission."

Among the executive actions is one that grants special rights to men who "identify" as women and women who identify as men.

And he's implemented further rights for transgendered people in the military, including putting taxpayers on the hook for various treatments.

He insists that nonmarried couples be treated as married in the nation's refugee systems, and he has killed the Trump administration's "White House Faith and Opportunity Initiative."

Biden announced his administration's support for allowing boys who identify as girls to compete in girls' athletic events, and he wants the federal government to take over all state elections, removing barriers to vote fraud.

"President Biden has surrounded himself with the most extreme cabinet in American history. Many of Biden's highest appointees have no qualifications besides their abortion activism and their track record of trampling on religious freedom," Perkins said. "As this report shows, the contrast between the Trump and Biden administrations could not be more stark."

Travis Weber, vice president for policy and government affairs at Family Research Council, added: "President Biden's words don't match his actions. His claim of unity rings hollow, as Biden's first 100 days in office have been marked with radical, aggressive, anti-life, anti-family, anti-freedom actions that have further divided our nation. His administration has moved more aggressively than any other to undo federal policies that protect the sanctity of life and defend the family. Any American who claims to value all human life, support the biological reality of the family, and want to protect freedom, should take note of Biden's abysmal record in these areas. His first 100 days proves it so."

The site also documents Biden's abortion agenda and shows that Vice President Kamala Harris has been radically pro-abortion throughout her career. At one point, she insisted that judicial nominees pass a pro-abortion litmus test.

She even voted against a legislative plan that would provide medical services to infants who survive abortion.

Biden is a professing Catholic, but many clergy have said he should be refused communion because his views on abortion and marriage conflict with the church's doctrine.