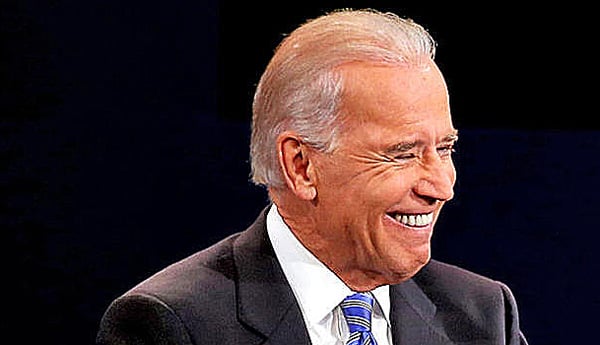 President Biden has been confronted with a demand that he repay to the American people hundreds of thousands of dollars he kept by exploiting a tax loophole.

While Biden has complained that "the wealthiest 1% of Americans saw their net worth increase by $4 trillion," as a private citizen in 2017, 2018 and 2019, he and first lady Jill Biden routed $13 million in income through two S-corporations to avoid paying some $500,000 in taxes that help fund Medicare and Obamacare, pointed out Rep. Jim Banks, R-Ind.,  chairman of the Republican Study Committee, in a letter March 25.

"Do you intend to undo your hypocrisy and pay these taxes back to the American people?" Banks asked.

Biden has advocated eliminating such loopholes while also promoting the expansion of both Medicare and ObamaCare, noted Fox News.

"We write to highlight for the American people the hypocrisy you have exhibited in using a tax shelter strategy derided by the Left to avoid paying Obamacare taxes, Banks said. "Over the past several years, you and the First Lady, through a legally dubious tax strategy, appear to have avoided payment of over $500,000 in payroll taxes. As you may know, these payroll taxes fund Medicare for our nations seniors, and were increased by President Obama's Affordable Care Act."

Banks said media reports "indicate that you both directed revenue from book royalties and speaking appearance fees into these two corporations, avoiding self-employment payroll tax liabilities that would have flowed to America's Medicare program that provides care to over 60 million seniors."

The letter cited a tax expert saying there's "no reason for these [earnings] to be in an S-corp – none, other than to save on self-employment tax," one expert was quoted as saying."

"Your hypocrisy is highlighted by the fact that Medicare faces significant funding shortfalls. Just this year, the Congressional Budget Office estimated its Hospital Insurance Trust Fund will face insolvency in the middle of Fiscal Year 2026 – roughly five years from now," Banks wrote. "Moreover, during your presidential campaign, you repeatedly said 'Obamacare is personal to me.' And, your administration has sought to expand Obamacare wherever possible. Yet, you and your wife avoided paying over $121,000 in Obamacare payroll taxes. Your hypocrisy in this regard undermines any basis for your claims that you truly care for those in our country dealing with chronic health conditions.

"Accordingly, we ask one simple question: Do you intend to undo your hypocrisy and pay these funds back to the American people?"

The report noted Biden's maneuvers are legal but he has advocated eliminating such loopholes.

"The ACA imposed higher taxes on millions of Americans, but not Joe Biden. He paid $121,000 less in ObamaCare taxes thanks to an obscure tax loophole. Talk about inside baseball," Banks told Fox News. "Joe Biden advocated for expanding Medicare, and is pushing to close tax loopholes and for a $3 trillion tax hike. At the same time, ‘Amtrak Joe’ made $13 million through speaking fees in just three years, then skimped over $500,000 from Medicare recipients through tax loopholes."

Biden's two S-corporations, CelticCapri Corp. and Giacoppa Corp., reported profits of more than $13 million for 2017 and 2018, the Journal said.

"Because we don't need a tax code that rewards wealth more than it rewards work. I’m not looking to punish anyone," he said at the time. "Far from it. But it's long past time the wealthiest people and the biggest corporations in this country paid their fair share."