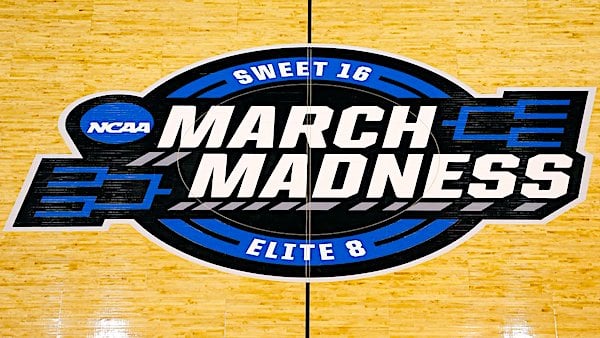 The NCAA is using its "bully pulpit" to further a "dangerous and unethical … extreme sexual orthodoxy," and noted Christian leader James Dobson, an adviser to five presidents, founder of the James Dobson Family Institute and the host of the "Family Talk" radio program, is recommending to his constituents that they oppose it.

By calling out the NCAA.

The issue is the league's promotion of the extreme transgender sexual ideology, where men who say they are women are to compete in women's sports events, and vice versa.

In a recent statement, Dobson said, "It's time for the NCAA and its member universities to hear from us. Maybe if they realize that rational-minded Americans, who support women and girls, are unwilling to fund, consume, or otherwise approve of this nonsense, the NCAA board of governors will take a hard look at reality. You can contact the NCAA at 317-917-6222 or email associate director of communications Michelle Brutlag Hosick at [email protected]"

And he suggested his followers "contact your alma mater and tell them what you expect from them on this issue."

Dobson explained the league "staked out its position on the issue of biological men competing in women's sports. Not surprisingly, the NCAA's stance was one of complete surrender. Rather than standing up for women and girls, who fought for decades to obtain equal opportunities in athletics and education, the NCAA is falling for the lie that 'inclusion' and 'fairness' require allowing men to compete against women."

Have the NCAA and colleges lost their minds by allowing biological men to compete in women's events?
100% (90 Votes)
0% (0 Votes)

"This defies our God-given basics of biology and is utterly insane!"

He cited the league's demand to hold its championship events only in locations "where hosts can commit to providing an environment that is safe, healthy, and free of discrimination."

"Of course, according to the NCAA, this means biological men should be allowed to take the field in women's sports…even if that means pushing women off the field. Does such a scenario sound 'safe, healthy, and free of discrimination' to you?"

He said the damage from the transgender political movement already is evident.

"At the high school level, consider the case of Terry Miller and Andraya Yearwood, two high school track and field athletes from Connecticut who, although biologically male, competed against girls. These two individuals now hold 15 women's state championship titles that were previously held by 10 different girls. Or, at the professional level, consider MMA fighter Fallon Fox, who was incomprehensibly labeled 'the bravest athlete in history' by website Outsports for his choice—as a biological male—to step inside the ring and break the skull of a female competitor," he said. "Apparently, the NCAA and its leftist backers would call this progress and equality. I call it what it is—brutality!"

Leah Barkoukis at Townhall previously said the NCAA is showing its "disdain" for female athletes, denying them "their rights for equality under Title IX."

Penny Nance, CEO of Concerned Women for America, said the NCAA's political agenda has been revealed.

"For over a decade, the NCAA has been driven by politics, not science or safety, in promoting transathletes in women’s sports. Once again, the NCAA board of governors has shown their disdain for female student-athletes treating them as second class and denying their rights for equality under Title IX," she said.

"Throwing women and our female status under the bus (again) and threatening states who are doing the right thing only shows the incompetence and cowardice of the NCAA. The board of governors clearly has no regard for real fairness for female student-athletes, only woke politics. Further, this statement shows that the activism of the left leaves no middle ground. Young women deserve better than this."

Barkoukis noted that the British Journal of Sports Medicine has concluded that allowing men who portray themselves as women to compete with women is unfair.

The publication "found that after a year on hormone therapy, trans women still had an athletic advantage over cisgender women."

Bob Unruh
Bob Unruh joined WND in 2006 after nearly three decades with the Associated Press, as well as several Upper Midwest newspapers, where he covered everything from legislative battles and sports to tornadoes and homicidal survivalists. He is also a photographer whose scenic work has been used commercially.
College tries to censor conservative opinions, draws lawsuit
Appeals court: Prof can teach about religious justification in Islamic terror
Lawsuit filed by charter schools over Biden's attack on education
Hoekstra: What is wrong with our system?
2024 election being rigged 'right now in plain sight'
See more...