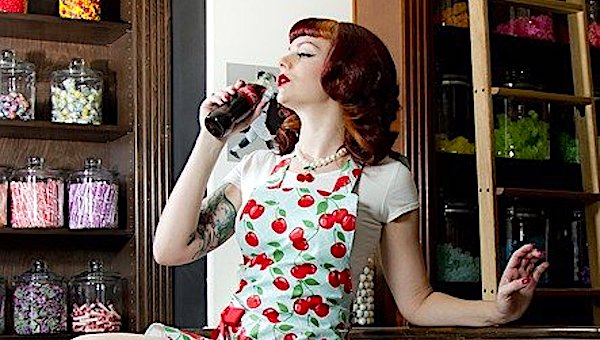 (Image by Sharna Lee from Pixabay)

A website called Stop Corporate Tyranny has been launched by a center-right coalition that aims to help citizens combat "the Left’s weaponization of corporate America against traditional beliefs and values."

"Stop Corporate Tyranny is a one-stop shop for educational resources exposing the Left’s nearly completed takeover of corporate America, along with resources and tools for everyday Americans to fight back against the Left’s woke and censoring mob in the corporate lane," the website states.

The promoters of the site say they aim to "dissuade corporations from engaging in activities that undermine free enterprise, individual liberty, limited government, free speech and the rule of law."

"Companies must instead return to their primary role — as fiduciaries for their investors. We seek to restore a healthy understanding of, and respect for, liberty, free enterprise and American culture all of which is being corrupted by corporate oligarchs."

The site offers activism campaigns in which citizens can engage. One of the latest responds to the corporations headquartered in Georgia that are opposing a law enacting new election-integrity safeguards.

After condemnation of the law by the CEO of Delta Air Lines, the Coca Cola corporation, President Biden and others, Major League Baseball decided Friday to withdraw the All-Star Game from Atlanta.

But Texas Gov. Gregg Abbott fought back Monday, announcing he has declined to throw out the first pitch at the Texas Rangers' home opener.

"Major League Baseball adopted what has turned out to be a false narrative about the election law reforms in Georgia, and, based on that false narrative, moved the MLB All-Star game from Atlanta," he said in a statement.

"It is shameful that America's pastime is not only being influenced by partisan political politics but also perpetuating false political narratives," he said.

The Georgia law requires proof of identification but it also expands the number of early voting days, and it continues to allow voters to cast absentee ballots without an excuse. The law allows observation of ballot counting and bars prohibits ballot harvesting.

But Candace Owens, a conservative activist and author, said Monday that any corporation "telling you that Voter ID laws are racist is run by white supremacists."

Art Moore
Art Moore, co-author of the best-selling book "See Something, Say Nothing," entered the media world as a PR assistant for the Seattle Mariners and a correspondent covering pro and college sports for Associated Press Radio. He reported for a Chicago-area daily newspaper and was senior news writer for Christianity Today magazine and an editor for Worldwide Newsroom before joining WND shortly after 9/11. He earned a master's degree in communications from Wheaton College.
@@arthurdmoore
Gov. DeSantis: Biden's IRS expansion 'middle finger' to Americans
Majority regard FBI as Biden's 'personal Gestapo'
FDA knew huge percentage of women in Pfizer trial suffered miscarriages
'This is not doctored': See IRS recruit 'Police Academy'-style armed agents
Why is FBI withholding crucial video of Jan. 6 pipe bomber?
See more...