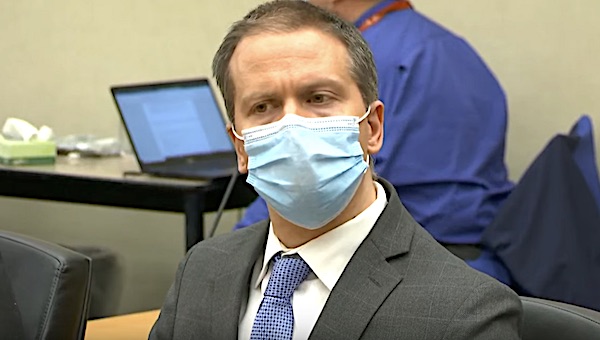 The prosecution argued the iconic nine-minute video shows Chauvin made an ego-driven decision to remain on George Floyd's body, refusing to give him aid or take his knee off of Floyd's back and neck as onlookers pleaded with him. The defense asked the jury to take into account the 16 minutes of video from officer body cams that shows Floyd – in a state of excited delerium, high on fentanyl and suffering from heart disease – constantly resisting arrest, declaring "I can't breathe" while officers tried to seat him in the vehicle then demanding they put him on the pavement. Chauvin's defense argued the officer's knee restraint was a procedure approved by the Minneapolis Police Department. Prosecutors contended the officer should have been aware that Floyd no longer needed to be restrained because he was dying.

More than 3,000 National Guard soldiers were deployed in Minneapolis along with state and local police officers, sheriff's deputies and other law enforcement personnel to prepare for any reaction to the verdict.

Chauvin's bail was immediately revoked and he was led away handcuffed. His sentencing is scheduled to take place in eight weeks.

President Biden and Rep. Maxine Waters, D-Calif., had advocated for a guilty verdict.

Earlier Tuesday, Biden said the jury should reach the "right" verdict and "the evidence is overwhelming," indicating he believed Chauvin was guilty.

Q: @JoeBiden has talked about the importance of an independent judiciary, why is it appropriate for him to weigh in on the Chauvin verdict?@PressSec: "I don't think he would see it as weighing in on the verdict..."

Reporter: "He did call for the 'right verdict,' though." pic.twitter.com/iyjJO8RRTJ

Waters was attending an anti-police rally in the Minneapolis suburb of Brooklyn Center on Saturday night when a reporter asked her asked what would happen if Chauvin wouldn't be found guilty of murdering George Floyd.

The judge in the Chauvin case, Hennepin County Judge Peter A. Cahill, rebuked Waters by name when defense counsel Eric Nelson brought up her remarks after the jury was sequestered on Monday.

Nelson argued for a mistrial. 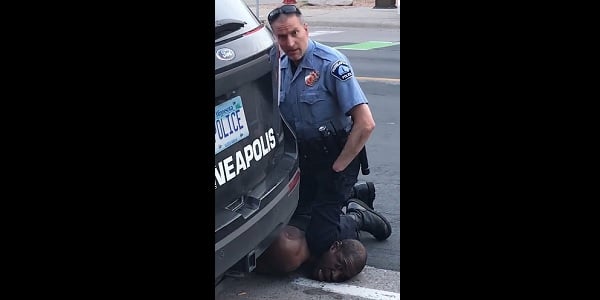 "I just don't know how this jury can really be ... that they are free from the taint of this," Nelson told the court. "Now that we have U.S. representatives threatening acts of in relation to this specific case. It’s mind-boggling."

Cahill dismissed Nelson's motion for a mistrial but gave him hope for an appeal if his client is found guilty.

"I'll give you that Congresswoman Waters may have given you something on appeal that may result in this whole trial being overturned," Cahill said.

"I wish elected officials would stop talking about this case, especially in a manner that is disrespectful to the rule of law and to the judicial branch and our function," the judge said.

"If George Floyd’s murderer is not sentenced, just know that all hell is gonna break loose. Don’t be surprised when buildings are on fire," she wrote. "Just saying."