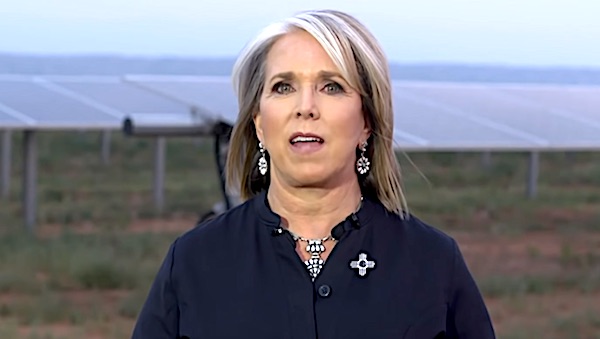 One of President Joe Biden’s former top cabinet candidates reportedly paid at least $62,500 in settlement to a former staffer who accused her of grabbing his crotch during a staff meeting.

In late 2019, Hallinan accused Lujan Grisham of pouring water on his crotch, in front of other campaign staffers, and grabbing his crotch through his clothes while she laughed, the Albuquerque Journal reported. The former staffer also said that Lujan Grisham’s former campaign manager and now senior adviser Dominic Gabello talked Hallinan out of reporting the incident at the time.

Gov. Lujan Grisham has paid at least $62,500 in a settlement after a spokesman accused her of pouring a bottle of water on his crotch and then grabbing his crotch through his clothes as she laughed.
she denied the claimshttps://t.co/NX9Lqpg4Bo

Lujan Grisham’s campaign filed a finance report late Monday night with the Secretary of State’s Office and listed the payments as legal expenses, the publication reported, noting that it is unclear how many future payments are part of the settlement.

Lujan Grisham spokesman Jarod Leopold told the Albuquerque Journal Monday that the payments are part of a settlement involving “numerous dubious and disputed potential claims made by Mr. Hallinan arising from his employment in 2018 with the campaign organization and his subsequent search for employment.”

Leopold “strenuously” denied “that there is any merit or truth to Mr. Hallinan’s claims, including his claims about difficulty finding or keeping work after the campaign,” according to the Albuquerque Journal.

“They reached a settlement in order to avoid the continuing distraction and significant expense of possible litigation and allow them to concentrate on working for the people of New Mexico during this pandemic,” he added.

Hallinan’s attorney Rachel Berlin Benjamin told the publication Monday that the governor and Hallinan “have resolved any differences or issues to their satisfaction.”

Lujan Grisham’s office did not immediately respond to a request for comment from the Daily Caller News Foundation.

WND News Services
These reports are produced by another news agency, and the editors of WND believe you'll find it of interest.
Brainwashing camps for Christians as persecution in China intensifies
Pastor goes from vaccine-hesitant to vaccine advocate, holds clinics at church
Supply disruptions trigger sauce rationing at Chick-fil-A
Dow plunges 680 in worst drop since January as hot inflation reading spooks investors
'Not a vacation': Whitmer claims she had perfectly good cause to visit Florida
See more...