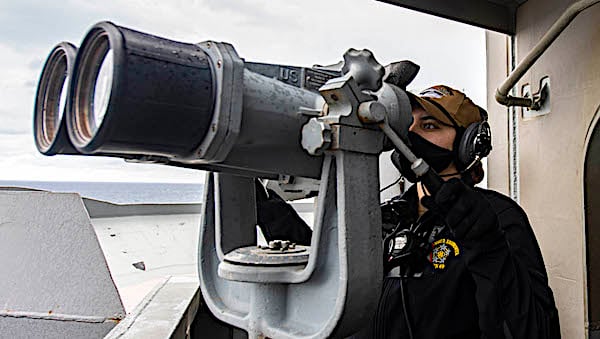 A few months ago, the U.S. Department of Justice and Federal Bureau of Investigation revealed "reforms" that were intended to address abuses in the nation's Foreign Intelligence Surveillance Act procedures.

That was the system that was abused by Democrats under Barack Obama's administration to create false allegations of "Russia collusion" at the outset of President Trump's first term.

They might have been needed more than was admitted at the time, as it's now been confirmed that the FBI "again" repeatedly violated rules intended to protect Americans' privacy.

According to a report by broadcaster WBAP, "The declassified and partially redacted ruling on Monday by the Foreign Intelligence Surveillance Court — posted by the substack The Reactionary and reported on by the Washington Post — showed that, between mid-2019 and early 2020, the FBI continually dove through data that contained Americans' emails and other communications as they searched for information without proper justification."

Judge James Boasberg, of the FISA court, pointed out that the violations happened before the reforms, and while he was "concerned about the apparent widespread violations … it lacks sufficient information at this time" to assess the adequacy of FBI system changes and training.

His decision, then, was to reauthorize the FISA procedures as constitutional.

The court repeatedly has found itself reprimanding the FBI for its breach of the rules.

"We can continue playing compliance whack-a-mole," Julian Sanchez, of the Cato Institute, told the Post. "But at this point, it’s reasonable to ask whether this sort of large-scale collection on a ‘general warrant’ model is inherently prone to these problems in a way that resists robust and timely oversight."

The FISA law, adopted in 2008, imposes limits on spying by federal agencies.

Boasberg found that in 2019-2020 the DOJ's national security division reported "numerous incidents" to the court involving queries on Americans for criminal evidence without the FBI first obtaining court permission.

The Post documented among the judge's concerns was the fact that the FBI made 40 inquiries in support of cases involving healthcare fraud, organized crime, violent gangs and domestic terror – none of which was related to national security, a requirement under the law.

The Epoch Times reported that the court decided in 2018 that FBI personnel improperly searched an expansive foreign surveillance database "for tens of thousands of phone numbers and email addresses that included those of Americans."

Further, a review of the Obama administration's campaign against Carter Page, a former associate of President Donald Trump, identified 17 significant errors or omissions in the system.

Boasberg also is the judge who, in January, sentenced former FBI lawyer Kevin Clinesmith to a probation for illegally changing an email to hide the fact Page was a CIA asset.

The evidence that Clinesmith altered was a key piece that enabled the Obama administration to get warrants to spy on the Trump campaign to advance its now-debunked Russia-collusion claims.

Clinesmith's actions fueled the Barack Obama administration's effort to undermine Donald Trump's 2016 campaign and his presidency through the charge of colluding with Russia to win the election.

His was the first, and, so far, only criminal case known to have arisen from special counsel John Durham's review of the origins of the Obama administration's Russia-collusion probe. That investigation apparently still is ongoing.

After the FBI misbehavior at the outset of the Trump administration, and the false claims of Russia collusion, special counsel Robert Mueller spent more than two years and millions of tax dollars investigating, only to conclude there was insufficient evidence to support the claims.