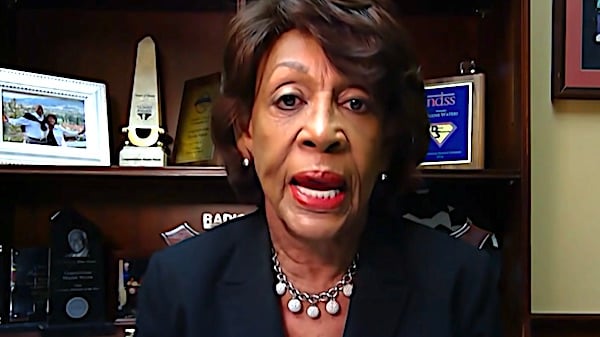 California Rep. Maxine Waters’ call for protesters to confront police if former cop Derek Chauvin is found not guilty of murder in the death of George Floyd harkens back to her comments in 1992, when she called the Los Angeles riots “acceptable” and defended some looters.

“We’ve got to make sure that they know that we mean business,” she added.

Floyd, who is black, died after Chauvin, who is white, kneeled on his neck for nine minutes and 29 seconds during an attempted arrest on May 25, 2020. The jury hearing the case began deliberation Monday.

Waters was widely criticized by Republicans on Monday for her statements over the weekend. She also drew a rebuke from the judge presiding over Chauvin’s trial.

The 82-year-old lawmaker was defended by House Speaker Nancy Pelosi, who said her California colleague didn’t need to apologize for her controversial comments.

Waters’ remarks are not the first time she has endorsed an aggressive response to jury verdicts in police trials.

In May 1992, Waters defending the actions of rioter and looters who destroyed parts of South Central Los Angeles after four white police officers were found not guilty in the beating of black motorist Rodney King.

Sixty-three people died and thousands of buildings, including Waters’ congressional office, were burned over the course of nearly a week in late April and early May 1992.

“I maintain it was somewhat understandable, if not acceptable. So I call it a rebellion,” Waters told The Los Angeles Times in May 1992, regarding the riots.

“If you call it a riot, it sounds like it was just a bunch of crazy people who went out and did bad things for no reason,” she added.

Waters offered up a defense of the rioters during a service on May 4, 1992 at a church in the heart of South Central Los Angeles.

“People want to know why I’m not saying exactly what they want me to say,” Waters said at the service, according to a Los Angeles Times report at the time.

“Well, I’m sorry,” she continued, according to the Times. “The fact of the matter is, whether we like it or not, riot is the voice of the unheard.”

Waters also defended some looters, saying in one interview that she might have taken part in it herself.

“There were mothers who took this as an opportunity to take some milk, to take some bread, to take some shoes. Maybe they shouldn’t have done it, but the atmosphere was such that they did it. They are not crooks,” Waters said in a ratio interview with KABC, the Los Angeles Times reported on May 10, 1992.

Waters also defended a woman she met who stole pairs of shoes for her children during the riots.

“One lady said her children didn’t have any shoes. She just saw those shoes there, a chance for all of her children to have new shoes. G------ it! It was such a tear-jerker,” Waters told The Times.

“I might have gone in and taken them for her myself.”