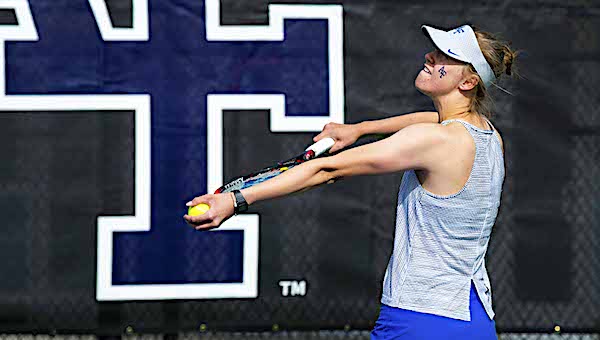 The NCAA has announced it no longer will allow its championship events to be held in states that prevent biological males from competing in women's athletics.

"The NCAA has a long-standing policy that provides a more inclusive path for transgender participation in college sports," the organization said. "Our approach — which requires testosterone suppression treatment for transgender women to compete in women’s sports — embraces the evolving science on this issue and is anchored in participation policies of both the International Olympic Committee and the U.S. Olympic and Paralympic Committee. Inclusion and fairness can coexist for all student-athletes, including transgender athletes, at all levels of sport."

Leah Barkoukis at Townhall said the decision shows the NCAA's "disdain" for female athletes, denying them "their rights for equality under Title IX."

Penny Nance, CEO of Concerned Women for America, said the NCAA's political agenda has been revealed.

"For over a decade, the NCAA has been driven by politics, not science or safety, in promoting transathletes in women’s sports. Once again, the NCAA board of governors has shown their disdain for female student-athletes treating them as second class and denying their rights for equality under Title IX," she said.

"Throwing women and our female status under the bus (again) and threatening states who are doing the right thing only shows the incompetence and cowardice of the NCAA. The board of governors clearly has no regard for real fairness for female student-athletes, only woke politics. Further, this statement shows that the activism of the left leaves no middle ground. Young women deserve better than this."

Barkoukis noted that the British Journal of Sports Medicine has concluded that allowing men who portray themselves as women to compete with women is unfair.

The publication "found that after a year on hormone therapy, trans women still had an athletic advantage over cisgender women."

The NCAA is insisting its championships be held in "only locations where hosts can commit to providing an environment that is safe, healthy and free of discrimination."

News4Jax described the NCAA's action as a "threat" to remove championships from certain states.

"The NCAA is sending a message to states that vote to ban transgender athletes from competing in female sports," the broadcaster said. "Do it, and don’t expect college championships in your state."

Florida is one of the states where such protections for girls and women have been proposed.

Arkansas, Mississippi and Tennessee already have passed laws this year that require athletes to compete in school sports according to their sex at birth.

Idaho's law, adopted last year, is being challenged in court.

The report said some 50 bills have been proposed in 2021 that require males athletes to compete with males, and females with females.

WMC reported Mississippi Republican Sen. Roger Wicker said: "Unbelievable. @NCAA wants to take away opportunities from Mississippi athletes because our state believes in biology. At this rate, they will have to cancel every other state that decides to protect women’s sports."

"This important piece of legislation will ensure that young girls in Mississippi have a fair level playing field in public school sports. It’s crazy we have to address it, but the Biden (executive order) forced the issue. Adults? That’s on them. But the push for kids to adopt transgenderism is just wrong."