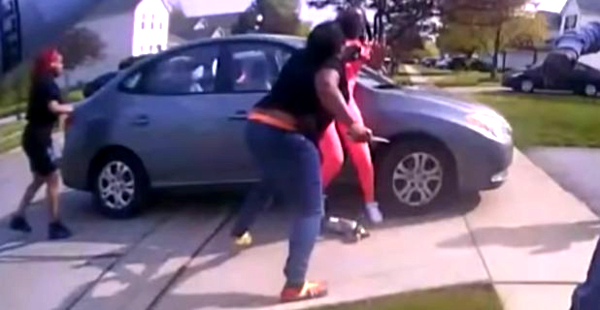 An Ohio State University law school professor claims the deaths of Ma'Khia Bryant and George Floyd point to why policing should be abolished.

Sean Hill, in a guest column Thursday for the Columbus Dispatch, noted that just as the nation awaited the verdict in the Derek Chauvin trial on Tuesday, news broke of the fatal shooting of 16-year-old Ma'Khia Bryant by a white officer in Columbus, Ohio, where OSU is located.

Hill contended Bryant's death and the death of 13-year-old Adam Toledo in Chicago were examples of police "targeting" black people because of their race. He wrote that in 2018, "55% of incidents involving use-of-force by Columbus police targeted Black people, despite Black Columbus residents making up less than 29% of the population." 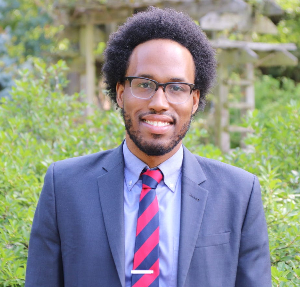 "The problem of police brutality and the extrajudicial killing of civilians is, of course, not limited to Ohio nor even the Midwest," he said.

He said investments in "professionalizing" the police force since at least the 1940s have failed. And the George Floyd Justice in Policing Act in Congress "would not have saved George Floyd’s life."

"Abolition" of policing is the answer, he said.

Hill wrote that "voters and politicians, alike, should confront how often policing reforms have been pursued without success, and should familiarize themselves with abolition as an urgent and needed solution."

"Too many families have forever lost their loved ones because of our country’s over-reliance on policing and prisons," he said.

"The time for transformative change is now," the professor concluded.

"The only question is whether we have the will to pursue it."

Arguing for "abolition," Hill said the "reality is that Black-on-Black crime is a myth, and that Black and white people routinely commit crimes at similar rates, but Black people are overwhelmingly targeted for arrest."

However, readers of Hill's column pointed out in the comment section that he linked to a study spotlighted by the Southern Poverty Law Center that actually refutes his claim. It found that black-on-black crime is 25% higher than white-on-white crime. That understates the difference, however, according to most studies, which find that while black people are only 13% of the population, they commit about 50% of all violent crime.

In an interview Wednesday with BBC News, a black former police officer, Brandon Tatum, noted that statistic while emphasizing that only a small fraction of the black population is engaged in crime. [According to the Centers for Disease Control, blacks, ages 10 to 43, die at a homicide rate 13 times the rate of whites. Bureau of Justice statistics show that in the 75 largest counties, blacks are 15% of the population but make up about 60% of all murder and robbery defendants. And, nationwide, blacks commit homicides at eight times the rate of whites and Hispanics combined. In Chicago, 80% of shootings are committed by blacks, although they are less than a third of the population. Whites commit 2%, but are less than a third.]

Many black scholars, including Civil Rights era leader Bob Woodson, believe the No. 1 reason for the disproporationate involvement in crime is the breakdown of families in impoverished communities fueled by the welfare programs implemented in the 1960s as a response to the evils of slavery and segregation. Those well-intentioned programs, have made fathers expendable, Woodson argues. Fatherless, he points out, is a major indicator of crime and poverty, with more than 70% of blacks now born out of wedlock.

Woodson said in an interview Tuesday night that Black Lives Matter and leaders such as Rep. Maxine Waters, D-Calif., and Rev. Al Sharpton push the false "systemic racism narrative" to deflect attention from their failed policies.

Readers of Hill's column also pointed out the professor didn't mention the fact, shown by bodycam video, that the officer shot Bryant as she was about to stab another black woman. In the case of Adam Toledo, bodycam video shows the boy, who was with a gang member in the middle of the night, had a gun, and a forensic probe indicated he had fired it.

The student newspaper said the protesters won't tolerate policing reform that does not result in abolition.

Commenting on the Bryant case, Democratic activist Stacey Abrams said Thursday on MSNBC's "The ReidOut" with Joy Reid that Republicans "will not stop men from murdering women of color."

The member of the far-left "Squad" in Congress charged that the shooting death by a white, female police officer of Daunte Walker in Brooklyn Center, Minnesota, on April 11 was not an accident.

"Policing in our country is inherently & intentionally racist," she wrote on Twitter.

"Daunte Wright was met with aggression & violence. I am done with those who condone government funded murder," the congresswoman said.

"No more policing, incarceration, and militarization. It can't be reformed."

'It ripped the blinders off for the whole world to see'

While the death of George Floyd in police custody has become the impetus for countless measures to address "systemic racism" in America, prosecutors in the Chauvin trial never accused the former Minneapolis officer of racial animus.

Biden, on the other hand, called Floyd's death "a murder in the full light of day, and it ripped the blinders off for the whole world to see the systemic racism … that is a stain our nation’s soul" and "the knee on the neck of justice for Black Americans."

A similar investigation, of the Philadelphia Police Department, was conducted in 2015 by the Justice Department under President Barack Obama and Attorney General Eric Holder. The probe found white police officers were less likely than black or Hispanic officers to shoot unarmed black suspects.

That finding has been confirmed by many national studies. In 2016, for example, a Washington State University study found that police officers are three times less likely to shoot unarmed black suspects than unarmed white suspects, the Washington Post reported. Manhattan Institute scholar Heather Mac Donald, in a presentation last August, showed that the claim that "policing in the U.S. is lethally racist" is provably false, presenting three types of evidence: the raw numbers, individual high-profile cases and academic research, WND reported.