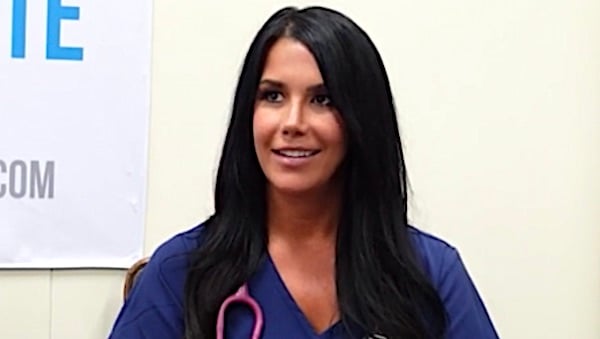 A nurse who responded during America's 2020 fight against COVID-19, traveling from Florida to New York to help in one of the hospitals in that pandemic-struck city, reports the health care system was about as bad as the pandemic itself.

"I recorded them murdering patients. I recorded just the complete and absolute disregard for human life," Erin Maria Olzewski said during an interview with LifeSiteNews.

She previously has gotten attention for her reports of "fraud, negligence, and greed" in the system that "led to unnecessary deaths" during the nation's war against the virus that apparently was unleashed in China and since has spread around the globe, killing millions.

She sat down with LifeSiteNews during a recent Health & Freedom Conference. The sold-out 4,000-person event was held at Rhema Bible College.

She lives in the Tampa, Florida, area and volunteered to work temporarily as a nurse in New York because COVID-19 patients were just not that much of a burden in Florida.

"The very first day [at Elmhurst] I was shocked. It was something I’ve never seen before. Patients were alone in the rooms on ventilators [with] no family allowed in [to advocate for them]. People were just dying from gross negligence, medical malpractice, [and] mismanagement," she said.

Olzewski said patients who repeatedly tested negative for the virus were being labeled as "COVID confirmed" in their medical charts, and that triggered a higher level of compensation from the government.

She told LifeSiteNews those "perverse incentives" from the Department of Health and Human Services provided $13,000 for each COVID patient, or $39,000 if they were put on a ventilator.

And she explained the wild variances in treatment.

"[In Florida] we treated our patients with hydroxychloroquine, zinc … sent them home and they were fine," she said. In New York, "they were banning alternative treatments like hydroxychloroquine. The only thing they could do was to put people on ventilators."

She explained the circumstances that developed – the incentive to admit patients, classify them as COVID positive and then put them on ventilators, with families banned from attendance on their loved ones.

It was "the perfect storm, and people took advantage of it," she said.

Her concerns first had been brought to light in a viral video called "Perspectives on the Pandemic: The (Undercover) Epicenter Nurse."

She told LifeSiteNews that when she first arrived at Elmhurst Hospital she had nothing to do for days, learning that other nurses had been there for three weeks "getting paid $10,000 a week" without an assignment.

"If they needed nurses so badly, why are you bringing me here if there’s nurses sitting around?” she wondered. It was her first "red flag" that what was being reported on the situation was not actually what was happening.

Shortly later, she contacted an attorney in New York, secured a "pair of spyglasses" and began to document what she saw.

"I recorded them murdering patients. I recorded just the complete and absolute disregard for human life," she said.

They described the lockdowns as "completely uncalled for" because "People stayed home and got even more sick, so that caused even more deaths."

Many such decisions were made based on New York's results, she said, "which now we know were lies."

In fact, thousands died in the state's nursing homes after Gov. Andrew Cuomo's orders that the facilities accept COVID-19 positive cases into their populations of elderly and vulnerable people.

LifeSiteNews reported, "New York state nursing home deaths for the period topped 15,000, and following Cuomo’s cover-up of these figures, there have been many calls for his resignation even from members of his own Democratic party."

The lockdowns, she said, "are causing a lot more harm" than the virus, because of the related "emotional issues, depression, suicide, just the mal-health of everybody who is living in fear itself. It’s just no way to live. It’s un-American to take away freedoms based on a false narrative."

She said, "No one is focusing on preventative health and what you can do. Quercetin is a natural alternative to hydroxychloroquine, you can get over-the-counter, take it with zinc, vitamin C, get outside, [and get] good exercise. Get healthy, [and] drink water.

"Be brave. Be bold. And step outside of your comfort zone. If you see something say something and think about future generations to come. If you don’t fight right now, then who’s going to do it?"