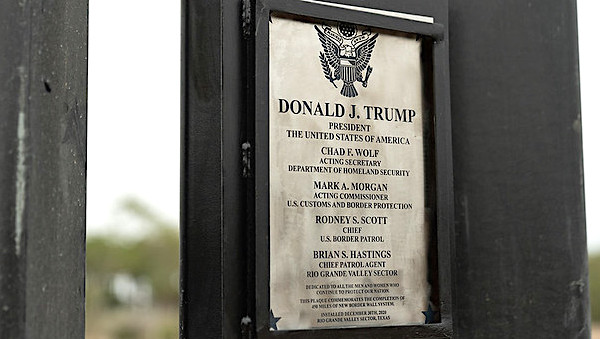 “How many got through that we didn’t catch? That’s what scares me,” Homan said.

CPB’s press release regarding the apprehensions of the two men shows up as “access denied,” according to multiple reports. A CPB spokesperson said Tuesday the statement “was not properly reviewed” before publication.

“The news release in question was not properly reviewed and contained certain disclosure and policy information related to national security that required CBP to remove it from our website,” the spokesperson said.

CPB encountered 78,442 people in January at the southwest border and that number rose to 100,441 in February, according to the agency’s data. The numbers consist of accompanied minors, single adults, family units and unaccompanied alien children and single minors.

Department of Homeland Security (DHS) Secretary Alejandro Mayorkas said southwest border apprehensions are set to reach a 20-year-record high, according to a March 16 DHS statement. The DHS Secretary said the majority of single adults and families are being turned away from the border in accordance to Title 42, but unaccompanied migrant children aren’t.

The former ICE director said terrorists like to use disorder and changing presidential administrations as opportunities.

Homan cited CPB’s statistic that “40% of their manpower” isn’t guarding the border anymore. The former ICE director said database checks make it nearly impossible for someone, who intends to cause damage in the U.S., to purchase an airplane ticket and to obtain a VISA.

Homan said the border is vulnerable to those who wish to come to the U.S. to cause damage.