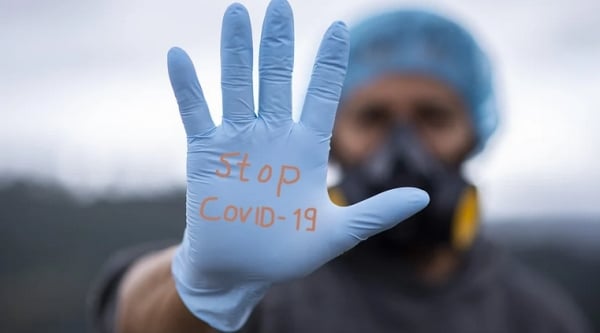 The Senate Foreign Relations Committee overwhelmingly approved a wide-ranging and bipartisan bill on Wednesday that lays out a unified strategic approach towards the threat China poses to America’s national and economic security.

Among the measures in the 281-page Strategic Competition Act of 2021 is a provision ordering the Director of National Intelligence (DNI) to produce a report assessing the likelihood that COVID-19 could have entered the human population due to a lab leak from the Wuhan Institute of Virology (WIV) and other origins theories such as zoonotic transmission and spillover.

The bill was sponsored by Foreign Relations Committee Democratic Chairman Sen. Bob Menendez of New Jersey and Ranking Member Sen. James Risch of Idaho. The committee approved the bill on Wednesday by a vote of 21-1, with Kentucky Republican Sen. Rand Paul being the only dissenter.

????BIG????There’s been no shortage of discussion in recent years about the need to reimagine our competitive posture towards China. There has, however, been a lack of results– until today.
The SFRC just APPROVED the Strategic Competition Act for a new Indo-Pacific policy & strategy. https://t.co/CgKtuF4DlA

The bill, if passed by Congress and signed into law by President Joe Biden, would also require the DNI to provide a detailed accounting of the federal government’s knowledge of the WIV’s work modifying bat-based coronaviruses prior to the pandemic.

The National Institutes of Allergies and Infectious Diseases (NAIAD), led by Dr. Anthony Fauci, funded a grant that involved the transfer of $600,000 to the WIV between 2014 and 2019 to conduct such research, also known as gain-of-function experiments.

The Daily Caller News Foundation reported in early April that a federal oversight board that exists to oversee gain-of-function experiments did not review the NAIAD grant because the agency did not flag the research for review. The review board was created in 2017 after a three-year pause in federal funding of gain-of-function research due to widespread scientific concerns that such experiments pose too great a risk.

The Strategic Competition Act also says Congress shares the concerns expressed by the Biden administration and 13 other democracies that the World Health Organization’s report on the origins of COVID-19 was hampered by interference by the Chinese government, which held veto power over which scientists could partake in the probe and prohibited access to complete and original data and samples from the early stages of the pandemic.

The Senate Foreign Relations Committee’s bipartisan endorsement of a measure that would mandate the DNI to assess the lab leak theory follows an open letter issued in early April from a group of 24 scientists who said a full examination into the possibility the virus could have escaped from a lab in Wuhan is necessary following the WHO’s report, which, according to the scientists, “failed to reach some of the most basic standards of credible analysis and assessment.”

Growing mainstream acceptance of the lab leak theory comes after the early proponents of the hypothesis, such as Republican Sen. Tom Cotton of Arkansas, were labeled conspiracy theorists by the corporate media and scientific community for much of 2020.

WND News Services
These reports are produced by another news agency, and the editors of WND believe you'll find it of interest.
Inquisition documentation discovered, digitized for first time
Russian politician threatens Alaska, says 'we can claim it back'
Dems' Jan. 6 committee quietly collaborating with the 'left's top censor'
No joke: Woke employees shut down woke business for being insufficiently woke
Russia supplying more oil than ever to America's main rival
See more...