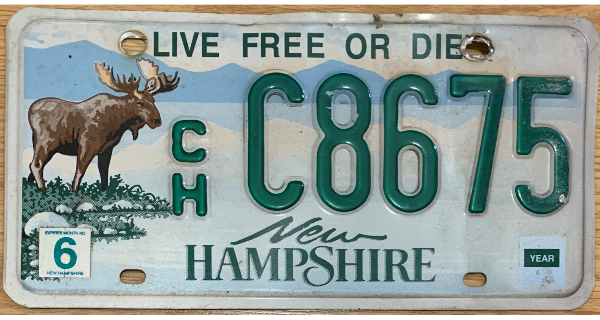 Lawmakers in the state whose motto is "Live free or die" have advanced a model bill to give the legislature more authority in future emergencies such as the COVID-19 pandemic.

The New Hampshire House pass the bill overwhelmingly Thursday, reported the NPR affiliate in the state.

The bill would give governors the power to declare a 30-day state of emergency, but the Legislature would need to approve any extension.

If the legislature isn't able to meet, a governor's emergency acts would renew in 14-day increments until the lawmakers can reconvene.

Republican state Rep. Terry Roy said the bill, with bipartisan input, was a reaction to New Hampshire's experience during the pandemic.

"We learned a lot we didn't know when the emergency orders law was passed previously, and we are now better prepared if this happens again, we know what we do not want,” Roy said, NHPR reported.

However, Republican Gov. Chris Sununu has voweed to veto it along with other measures that would limit the authority of a governor during an emergency.

The House's passage of the bill drew the praise of liberal activist and author Naomi Wolf, who has been a sharp critic of government mandates in response to the epidemic.

In an interview March 29, Wolf said a so-called vaccine passport would be "literally the end of human liberty in the West."

In a recent video podcast, she warned that America is on "a path to totalitarianism."

Wolf believes the nation has reached "step 10" of her "Fascism in 10 Easy Steps," from her 2008 book "The End of America: Letter of Warning to a Young Patriot."

She said liberals today largely are blind to the erosion of constitutional liberties. As she sounds the alarm about the threat to the U.S. Constitution, she said, the only people affirming her are "libertarians and people who are on the right."

"And the left," she said, "is like, 'Shut up, sit down. You're killing grandma. Don't give aid to the enemy. How can you talk to the conservatives? This is not the time for freedom. This is the time for a kind of communitarian self-censorship.'