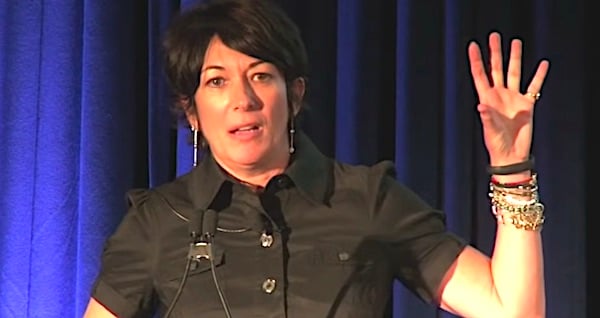 Guards forced Ghislaine Maxwell to clean her jail cell because “among other things,” Maxwell “frequently did not flush her toilet after using it, which caused the cell to smell,” prosecutors said in court filings.

The British socialite and heiress had complained about an “inappropriately conducted pat-down search,” the Assistant U.S. Attorneys Office of the Southern District of New York said in a letter to Judge Alison J. Nathan.

Authorities at the Metropolitan Detention Center (MDC) in Brooklyn reviewed footage and found that Maxwell’s complaint was unfounded.

“Following this incident, MDC staff directed the defendant to clean her cell because it had become very dirty,” the letter said. “Among other things, MDC staff noted that the defendant frequently did not flush her toilet after using it, which caused the cell to smell.”

“In addition, the defendant had not cleaned her cell in some time, causing the cell to become increasingly dirty,” the letter said. “MDC staff directed the defendant to clean her cell in response to the smell and the dirtiness, not as retaliation for complaining about a particular search.”

The letter also noted that at night, prison guards are “required to confirm every fifteen minutes that the defendant is not in distress” by pointing a flashlight to the ceiling of Maxwell’s cell to make sure that she is still breathing.