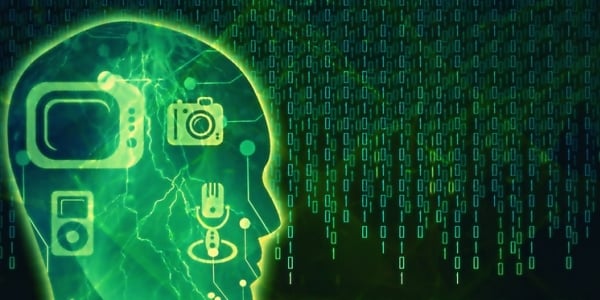 If you want to keep your job as a politically conservative public school teacher, you learn to keep your mouth shut, a Chicago area teacher told the Daily Signal.

Morgan Foster has taught English in middle school and, later, high school in Cook County, Illinois, for about 10 years.

Now in her early 30s, Foster says she has had about all she can take of the progressive ideology being promoted in public education.

“I definitely want out,” Foster said in a recent phone interview, adding that it is “becoming even harder to stay apolitical, or to come across as being neutral.”

“You are being forced to ultimately support the liberal narrative in public education,” she said of herself and other teachers.

“We are too far over the hill,” Foster said, arguing that public schools have “become indoctrination centers.”

Morgan Foster isn’t the teacher’s actual name, but a pseudonym used by The Daily Signal to protect her identity.

As a black woman who currently teaches at a predominantly white high school, Foster says she never would tell colleagues she is conservative for fear she would lose her job.

‘Guilty for Being White’

“I would even say that [my colleagues] would try to school me in my own oppression,” Foster said. “They would probably see me as though I was ignorant, like ‘Why are you, a black person, not part of our team?’”

Assuming her to be in agreement with progressive views, leadership at Foster’s school asked her if she would consider leading a class to teach high school students about white privilege. She declined the offer.

“From my perspective, it’s a lot of self-hatred on their own part, like they feel guilty for being white,” Foster said of her colleagues.

Foster said she watched as fellow educators have adapted curriculum in courses from English to health to further a far-left ideology.

Administrators are removing classic works of literature by William Shakespeare, Ernest Hemingway, and Charles Dickens from English classes because they regard such works as furthering white privilege and supporting patriarchy, Foster said.

“The Hate U Give,” by Angie Thomas, a book for young adults inspired by the Black Lives Matter movement, is one book replacing classic literature at Foster’s school.

Foster’s school also asks teachers to include elements of The New York Times’ disputed 1619 Project in the English curriculum.

The school’s health curriculum has seen “a removal of certain pronoun terms … to be more what they call LGBTQ+ inclusive,” Foster said.

For example, teachers are supposed to use the term “pregnant people,” she said.

The Illinois School Board of Education encourages all schools across the state to adopt a new, pro-LGBTQ+ curriculum that emphasizes use of more gender-neutral terms.

Foster said she plans to leave teaching soon to research and write on the topic of education.

After working in three different public schools in Cook County for nearly a decade, Foster said, she has come to believe that “everything in public education is liberal, from the unions … to the school board, to the education administrators, to the educators.”

“There are now interview questions that are strategically asked to gauge whether or not a candidate [for a job] is liberal or conservative,” Foster said.

She admitted that she “had to lie a little bit to get the current position that I am in, because if I didn’t, I would not have been hired.”

Foster’s experience at her current high school over the past year added to her growing concerns over the trajectory of public education. When she first began teaching in 2011, she said, she saw others teaching leftist ideas to students and allowing little space for opposing views.

In the interview, Foster said she studied to be a teacher in college and pursued teaching as a career in part because she remembered the impact that one of her own teachers had on her. She hoped to have a similar effect on the lives of young people.

But when she entered the field, Foster was “red-pilled,” as she put it.

“When I started student teaching, that was my eye-opener to the narratives that were being indoctrinated into children,” she said.

Growing up in Illinois but attending a Catholic school, she said, she didn’t have much experience with public education. Once she became a teacher in public schools, she encountered a “surprisingly political” atmosphere.

Foster recalled that President Barack Obama visited the town where she was teaching in 2011. Teachers quickly “shot down” any student who questioned the president’s leadership or expressed criticism, she said.

“You were not allowed to say anything that went against liberal points of view,” Foster said, and the middle school was “not creating forums for dissenting viewpoints.”

“That was alarming because, as an English teacher, that’s one of the things you want. You want students to be able to think critically and think about different perspectives, and I was shocked to see that was not really encouraged.”

‘Because of White Supremacy’

Foster went on to teach English in a high school where many students came from low-income families, known as a Title I school, from 2012 to 2018. Most of her students were either black or Latino.

As an African American, she said in the interview, she was troubled to see race used as an excuse for why students weren’t succeeding.

Foster said the sentiment in the school was that “black kids are not achieving at the same pace as non-black students and … it is because of oppression. It is because of white supremacy. ”

“I had students tell me that they were still slaves to the system. They actually said that because that was being reiterated to them in their social studies classes,” she recalled.

The school administration created a separate set of standards for black students, calling it equity, but “it was not equity,” Foster said. “I would argue that that was the epitome of bigotry.”

Foster said she witnessed black students receive passing grades regardless of whether they understood the material or completed assignments, because teachers held them to a lower standard.

The operative idea seemed to be that “‘these kids are not able to do what other kids are doing,” she said.

Foster said she thinks that the quality of public education is quickly declining because there is no longer accountability. Teachers and administrators have come to believe that giving a student a bad grade is mean.

Education has “become customer service,” she said, with teachers told they have to keep both students and parents happy.

And now, with administrators infusing progressive ideology in the curriculum, Foster said, a teacher who doesn’t support the liberal trajectory has no place in the system.

Foster said she now backs school choice, homeschooling co-ops, Christian schools, and other education programs that give parents more say over what their child is learning.

“Public education, you would think, would be a forum to teach our students how to think critically and engage in difficult conversations, [but] it’s not happening,” she said.