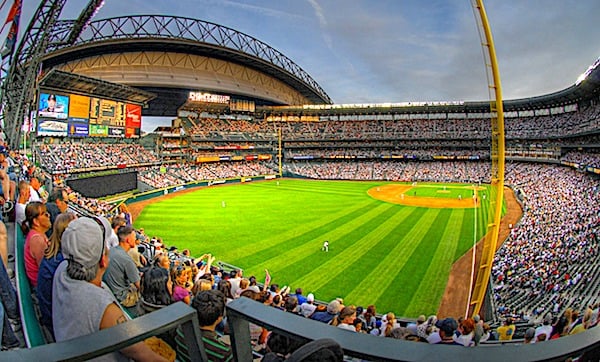 (Image by Art Bromage from Pixabay)

Reacting to Major League Baseball's decision to withdraw the All-Star Game from Atlanta because of Georgia's election-integrity law, Texas Gov. Greg Abbott declined to throw out the first pitch at the Texas Rangers' home opener.

"Major League Baseball adopted what has turned out to be a false narrative about the election law reforms in Georgia, and, based on that false narrative, moved the MLB All-Star game from Atlanta," he said in a statement.

"It is shameful that America's pastime is not only being influenced by partisan political politics but also perpetuating false political narratives," he said.

I was looking forward to throwing out the first pitch at the Texas Rangers' home opening game until @MLB adopted what has turned out to be a false narrative about Georgia's election law reforms.

It is shameful that America's pastime is being influenced by partisan politics. pic.twitter.com/pNJApYBHpw

Abbott said the decision "does not diminish the deep respect I have for the Texas Rangers baseball organization, which is outstanding from top to bottom."

On Friday, MLB commissioner Rob Manfred said in a statement announcing the withdrawl of the All-Star Game from Atlanta that the league's "values" are at stake, charging the Georgia law discriminates against minorities.

"This attack on our state is the direct result of repeated lies from Joe Biden and Stacey Abrams about a bill that expands access to the ballot box and ensures the integrity of our elections," he wrote on Twitter.

"Georgians – and all Americans – should fully understand what the MLB's knee-jerk decision means: cancel culture and woke political activists are coming for every aspect of your life, sports included," said Kemp.

"If the left doesn’t agree with you, facts and the truth do not matter."

Meanwhile, last Tuesday, Major League Baseball announced a huge deal with China's biggest tech company, Tencent, to stream 125 games this season, including the All-Star Game. Tencent, which boasts more than 1 billion active users, also has deals with the NBA, the NFL and the NHL.

The Atlanta Braves organization, which was hosting the All-Star Game, issued a statement saying it is "deeply disappointed by the decision."

"Unfortunately, businesses, employees, and fans in Georgia are the victims of this decision," the statement said.

The three-day All-Star Game event was expected to generate between $37 million and $190 million in economic impact for the Atlanta area and its businesses, according to Cobb County Finance Director Bill Volckmann.

The Braves statement regarding the moving of the MLB All-Star Game: pic.twitter.com/0Iapm3eIre

Abrams, who ran an unsuccessful campaign for Georgia governor but since has become a prominent voting-rights activist, also was "disappointed" by the decision but said she was "proud" of MLB's "stance on voting rights." The newly elected far-left Democratic Sen. Rafael Warnock of Georgia also expressed disappointment.

In statements to media, Biden has repeated the false claim that the new law prohibits food and drink at polling places and mandates the polls close at 5 p.m. The Washington Post fact-checker on Tuesday gave Biden its maximum five "Pinocchios" for his statements. Biden repeated the claims, nevertheless, in an interview Thursday with ESPN.

The Georgia law requires proof of identification but it also expands the number of early voting days, and it continues to allow voters to cast absentee ballots without an excuse. The law allows observation of ballot counting and bars prohibits ballot harvesting.

But Candace Owens, a conservative activist and author, said Monday that any corporation "telling you that Voter ID laws are racist is run by white supremacists."

"Black people know how to get ID," she wrote on Twitter. "Pretending we are too stupid to figure out how to get to the DMV is an insult and speaks volumes about what Democrats truly think about us."

Art Moore
Art Moore, co-author of the best-selling book "See Something, Say Nothing," entered the media world as a PR assistant for the Seattle Mariners and a correspondent covering pro and college sports for Associated Press Radio. He reported for a Chicago-area daily newspaper and was senior news writer for Christianity Today magazine and an editor for Worldwide Newsroom before joining WND shortly after 9/11. He earned a master's degree in communications from Wheaton College.
@@arthurdmoore
Top Texas cop: Uvalde police chief made 'the wrong decision'
Wireless expert: Fact-checkers of '2000 Mules' don't know tech
Moderna dumps 30 million unwanted COVID vaccine doses
Bill Gates: 'What's the point' of mandates if the vaccines don't work?
Gallup: 83% say Biden has nation on wrong track
See more...