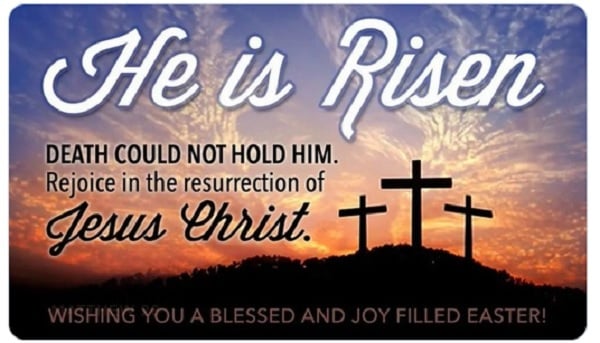 For millennia, Christians have declared "He is risen," celebrating the resurrection of Jesus Christ.

It's a common greeting on Easter, but Twitter didn't seem to tolerate it on Sunday, suspending the account of Rep. Marjorie Taylor Greene, R-Ga., after she wrote, "Happy Easter, everyone! He is risen."

She continued: "He is Risen. Death could not hold him. Rejoice in the resurrection of Jesus Christ. Wishing you a blessed and joy filled Easter."

Happy Easter, everyone! He is risen! pic.twitter.com/yiBIYsh3Sb

Just after posting “He is Risen,” Congresswoman @mtgreenee has been suspended today. pic.twitter.com/cYfhXfj47k

Later, the company announced the suspension was "in error."

The AP reported it was the second such error in three weeks for Twitter.

Twitter claimed the suspension was made "by one of its automated systems."

"We use a combination of technology and human review to enforce the Twitter Rules across the service," the company said in a prepared statement. “In this case, our automated systems took enforcement action on the account referenced in error."

Greene's account was shut down last month for about 12 hours, and the company also claimed it was a mistake.

Man rescued after being trapped in sand-filled silo

Get ready for rise of 'neopronouns'