Fifty years ago, I was "woke."

When I was 18, I believed every urban legend, every pipe dream, every piece of gibberish the left spouted. 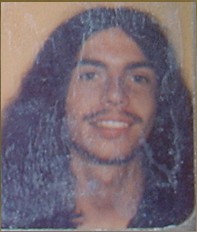 They were numerous, but not so plentiful as today.

Just so you know, there was no such term as "woke" when I was 18. But I had swallowed the red pill. I had deeply drunk from the utopian waters. I was radical – and looked the part.

They have "gender dysphoria" today. That was unheard of 50 years ago. We had the Black Panthers then. Today they have Black Lives Matter. We couldn't have even imagined "defunding the police."

But what the left put out, I swallowed – whole. It took me a while to reject it. I attribute my turnaround to Ronald Reagan – the Republican candidate for president of the United States in 1980. How did it happen? I decided I would read everything he read – William F. Buckley's National Review, Human Events, the great books. It was my intention to refute them, caricature them, humiliate them.

What happened between his election in 1980 and his inauguration that followed was that I was captivated by the simple logic of it all. I've been a MAGA devotee ever since.

But to demonstrate how dangerous, diabolical, indeed devilish, this "woke" thing is, having transformed the academy, Big Tech, major corporations, Hollywood, the teachers unions and what's left of the media, you have to take a look at one vital institution.

Administrators at West Point are embracing the radical cultural Marxist polices that have swept American college campuses by storm, according to documents gathered by the Washington Free Beacon.

According to West Point's long-term plan, the once prestigious military institution will not only infuse critical race theory into its curriculum but will also use such practices in admissions.

A West Point diversity and inclusion plan for 2020 to 2025 asserts that for the academy to remain competitive with the civilian sector among potential applicants, the school must appeal to the sensibilities of "America's younger generation." Inclusivity will matter just as much as marksmanship, the document asserts.

"The Armed Forces represent the nation it defends, including reflecting our nation's diversity," the document reads. "It is imperative that we leverage all aspects of the nation's diversity … to create and sustain an inclusive organization that attracts the best that the nation has to offer. We must create an environment that appeals to the aspirations of American's younger generation. Only then will we be successful in competing with the civilian sector for the highest quality recruits."

I'll tell you one thing. We need Donald J. Trump in the White House now more than ever.

Joe Biden is toxic for America. Poison. He's worse than the virus that afflicts America. Truly.

The reason we need Trump is the same reason we needed Reagan. He's a grown-up. He loves America and he wants what is best for it. Trump shares the foundation that Reagan had. We need that more than ever before.

There's one thing more: Trump will never give up, and he has the following that will carry the day. People LOVE him, as they so obviously expressed during the campaign last year. They don't love Joe. He's just a useful idiot of the of the Deep State, so aptly named.

Once this nightmare is over, America will be on the rebound. Trump is the one indispensable man for the job. He's seasoned. He's tough. He's ready for Round 2.

What he brings to the table is 52% of the population that still loves America, his forceful personality, the wherewithal to see the job through – and the cojones to wake up the "woke" me.