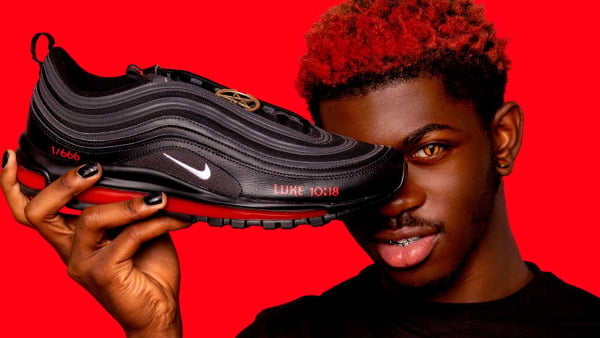 Yahoo News featured a commentary this week with a headline that caused many readers to do a double take: "Honestly, Satanism Sounds Pretty Great."

Elizabeth Gulino, in an article that originally appeared on the site Refinery 29, was commenting on a "historical Pop Culture moment" that took place last week. It happened when rapper Lil Nas X released a viral video depicting him descending into hell and donning the devil's horns before announcing the release of his unofficial Nike-brand "Satan Shoes Edition 666."

Gulino focused on the reaction to the 21-year-old rapper's provocative marketing.

She said, regarding the video, that as "with anything that has to do with Satanism or the LGBTQ+ community, conservative Christian Twitter was up in arms over the symbols and imagery, calling for the rapper and his music video to be condemned and canceled." The release of the sneakers that followed, she said, "only stoked the flames of fury."

[The "Satan Shoes," made using Nike Air Max 97s, feature a bronze pentagram, inverted cross, a drop of real human blood, "666" and the Bible verse Luke 10:18, which says "I saw Satan fall from heaven." The shoes sold out almost immediately, but Nike has obtained a temporary restraining order halting the sales. The target of the lawsuit, which altered the shoes, New York-based art collective MSCHF, argues free-speech grounds, saying, "Heresy only exists in relation to doctrine: who is Nike to censor one but not the other? Satan is as much part of the art historical canon as Jesus, from Renaissance Hellmouths to Milton. Satan exists as the challenger to the ultimate authority."]

Gulino's main point was to contrast the supposed virtues of the Church of Satan with the intolerant Christians who she contends have been stoking needless panic over "Satanism" for decades.

"The video itself is a symbol of the rapper’s relationship with the church as a gay man – they told him he was going to Hell, so he went," Gulino wrote. "And he had a good time doing it."

She points out that adherents to the Church of Satan, which was founded in the 1960s, and a subsequent group called The Temple of Satan, don't actually believe in Satan or the supernatural.

WND featured The Satanic Temple in a 2016 report about the group's effort to start an "After School Satan Club" at a Washington state elementary school.

'Surprisingly progressive'
Gulino cited the co-founder of The Satanic Temple, Lucien Greaves  – a Harvard grad – observing that when Satan-worship makes headlines, his group of more than 300,000 members draws attention.

"But more recently," she wrote, "the religion has been getting recognition for its actual belief system, which is surprisingly progressive and deserving of its own moment in the spotlight, divorced from the whole 'eternal damnation' thing." 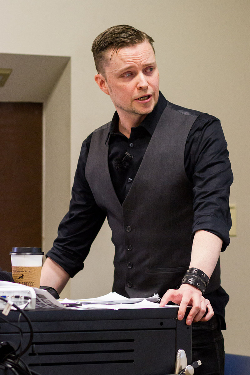 That "progressive" bent was noted by Seth Dillon, CEO of the popular Christian satire site Babylon Bee, who linked to the article on Twitter.

"Give this a read if you want to see how Satanism is indistinguishable from progressivism," he wrote.

She quoted Greaves saying that "what’s really spurring the growth of Satanic identification is the increasing overreach of the theocratic right."

He said the backlash Lil Nas X is getting over his use of Satanic imagery is "rather outsized and ridiculous."

Gulino added that while the rapper "hasn’t come out as a Satanist, it’s apparent that he’d be welcomed by the community if he did."

Greaves said the world would be a better place if "more religions acknowledged that they don’t have the one true answer and the one true way for all people."

"We always kind of want to uphold our status as the religion for the outsiders, a place where the freaks and outcasts feel at home and welcome," he said.

WND columnist Michael Brown – who often has taught about Jesus' care for the "outcasts," having been rejected himself – said in a column Thursday the rapper's "publicity stunt" is a call for Christians to "pray for his soul."

"May God bring him to repentance and new life through the cross," Brown wrote.

'The increasingly shrill voices of the American theocracy'
WND reported Lillith Starr, the head of the Seattle chapter of The Satanic Temple, explained in the introduction to her 2015 book "The Happy Satanist" why she's a member. 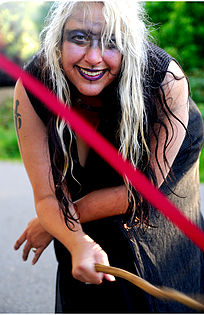 "I'm proud to be part of a movement that dares to stand up to the increasingly shrill voices of the American theocracy, the intolerant religious bigots, and the abusers who use Christianity as an excuse for their evils," she wrote.

At the time, her group was pressing Centennial Elementary School in Mount Vernon, Washington, to allow for an "After School Satan Club."

The Satanists seized on a 2001 Supreme Court ruling, Good News Bible Club vs. Milford Central School District, which stated that if schools allow any organization to use school property, they must allow access to all organizations, including religious ones.

Members of Starr's group also showed up at a high school football game in Bremerton, Washington, where Coach Joe Kennedy had been leading post-game prayers, demanding they be given equal time. And a member in Alaska gave the invocation at a local council meeting that ended with "Hail Satan."