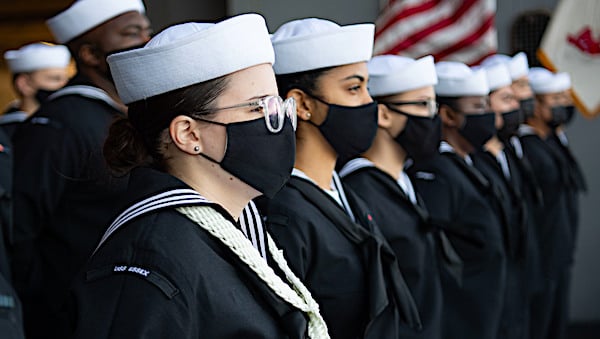 Many prominent epidemiologists from the likes of Oxford, Harvard, Yale and Stanford have been pushing back against the suppression of proven, simple treatments for COVID-19 such as hydroxychloroquine and ivermectin, arguing it's important to have a "full toolbox" of available options to combat the global pandemic.

Some who have touted the drugs as a "cure" for COVID-19 have been mocked, including former President Trump.

But now a producer of one of the three COVID-19 vaccines approved for emergency use, Pfizer, is developing what is being called a "cure" that will help provide a "full toolbox" to address the virus.

"For the foreseeable future, we will expect to see continued outbreaks from COVID-19," Charlotte Allerton, Pfizer’s head of medicine design, told the magazine Chemical & Engineering News.

"And therefore, as with all viral pandemics, it's important we have a full toolbox on how to address it."

The drug, called PF-07321332, is currently in the first phase of a clinical trial with healthy adults, reports The Telegraph of London in a story headlined "Revealed: How a single pill home cure for Covid could be available this year"

The drug is a "protease inhibitor," which prevents viral replication by selectively binding to the spine of the SARS-CoV-2 virus that causes COVID-19

The pill was introduced at the American Chemical Society Spring 2021 meeting in early April.

Mikael Dolsten, Pfizer's chief science officer, said in a press release that the pill could be prescribed "at the first sign of infection" without requiring critical care or hospitalization.

Dr. Harvey Risch, a professor of epidemiology at the Yale School of Public Health and Yale School of Medicine, is one of many health experts who decry the politicization of COVID-19 treatments such as ivermectin and hydroxychloroquine.

In February, a peer-reviewed study found that ivermectin – which has been shown to inhibit the replication of SARS-CoV-2 in cell cultures – reduces infections, hospitalizations and deaths by about 75%. In more than 30 trials around the world it caused "repeated, consistent, large magnitude improvements in clinical outcomes’ at all stages of the disease," according to the study published in the U.S. journal Frontiers of Pharmacology

"The data is overwhelming – we are in a pandemic, and this is an incredibly effective way to combat it. If we use ivermectin widely, our societies can open up," said study co-author Professor Paul Marik, director of emergency and pulmonary care at Eastern Virginia Medical School.

Ivermectin and hydroxychloroquine were among the outpatient therapies for COVID-19 touted at a Senate hearing in December featuring six prominent physicians who called for removing obstacles to obtaining the drugs, contending they are saving lives, WND reported.

The testimony before the U.S. Senate Committee on Homeland Security and Governmental Affairs was the second part of a hearing organized by Chairman Ron Johnson titled "Early Outpatient Treatment: An Essential Part of a COVID-19 Solution."

In the first hearing, in November, as WND reported, the panel's chairman, Johnson, noted hydroxychloroquine was used as a "weapon" in the presidential election after it was promoted by President Trump.

"The doctors who have had the courage to follow the Hippocratic oath and use their off-label prescription rights to treat patients using hydroxychloroquine have been scorned and state medical boards have threatened to withdraw their licenses," the senator said.

Johnson said he has publicly advocated for "allowing doctors to be doctors, to practice medicine, explore different therapies and share their knowledge within the medical community and with the public."