China is playing Joe Biden and his administration for fools, pretending it's a developing country while stealing technology, using forced labor and manipulating markets to its advantage, warns a Republican senator.

U.S. officials such as climate envoy John Kerry act as if the communist regime is willing to cooperate, but Beijing's ultimate aim is domination, wrote Sen. John Barrasso of Wyoming in a commentary for USA Today. 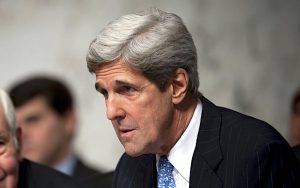 But its economy has grown 1,000% in the past three decades while surpassing the U.S. in emissions.

"There’s every reason to believe him, but the Biden administration is ignoring reality," the senator wrote.

Kerry "has embarked on a quixotic diplomatic quest to get China to cooperate with the United States and do something meaningful to combat climate change."

"China might say there's a climate crisis in a non-binding joint statement with the United States, but its real goal is to become the world’s dominant power — a dangerous prospect for the United States and China’s neighbors," Barrasso said.

The senator explained that one reason China has been able to get away with making non-binding agreements with fewer responsibilities is because it's still considered a "developing" country under the United Nation’s Framework Convention on Climate Change.

But China is far from a "developing" nation, Barrasso argues.

When the Framework Convention was signed in 1992, China indeed was a developing country, but it's now the world’s second largest economy. 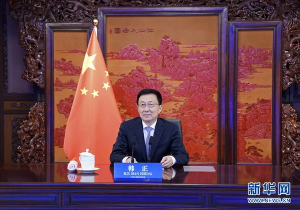 Nevertheless, in a video meeting with Kerry on April 16, Chinese Vice Premier Han Zheng insisted that as the largest developing and developed countries, China and the United States should observe "common but differentiated responsibilities."

Barrasso explained that's a polite way of saying, "You first."

The Paris Agreement negotiated by Kerry in 2015 perpetuated that developing-developed divide, allowing China to "emit with abandon" until at least 2030.

"Meanwhile, China is perfectly willing to exploit Western climate change concerns for its own ends," Barrasso wrote. "Fueled by subsidies, the Chinese solar industry has cornered the global market. They have stifled innovation and caused many cutting-edge companies in America and Europe to call it quits. China now supplies more than two-thirds of all solar modules. Chinese companies also make up seven of the top 10 wind turbine manufacturers."

He noted that key parts of Chinese solar panels are manufactured in Xinjiang province, where the Muslim Uyghur minority is used as forced labor.

China is also trying to control the critical materials used in many defense and energy technologies. Barrasso warned it would be a mistake for America to "turn our energy dominance over to the whims of foreign powers like China that are actively seeking America’s decline."

Kerry’s quest for cooperation with China on climate change is "sadly predictable," the senator said, "but China is not in the cooperation business."

"It’s in the global domination business."

Barrasso recalled President Biden's speech to Congress last week in which the president said he wants to make "sure every nation plays by the same rules in the global economy, including China."

"Yet his administration seems determined to fall for China's grand deception," he said. "China is playing the United States for the fool."