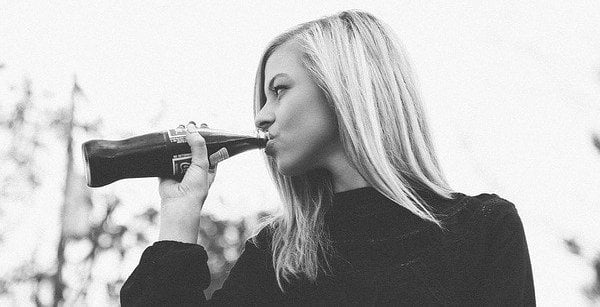 Amid an intense backlash, Coca-Cola has suspended a controversial diversity plan that punished outside law firms that failed to meet racial diversity quotas.

The move came after the corporation's general counsel, Bradley Gayton, abruptly resigned after less than a year on the job, the New York Post reported.

Under Gayton's plan, law firms doing business with Coca-Cola would be required to commit at least 30% of billed time to "diverse attorneys." And at least half of that portion would have to be billed to black attorneys.

Announcing the plan in January, Gayton said the "hard truth is that our profession is not treating the issue of diversity and inclusion as a business imperative."

"We have a crisis on our hands and we need to commit ourselves to specific actions that will accelerate the diversity of the legal profession," he said.

Critics, however, charged Gayton's policies violated Title VII of the Civil Rights Act of 1964, which forbids employers from treating people differently based on their race.

"When there is a leadership change, it takes time for the new leader to review the current status of the team, organization and initiatives," he said. "Monica is fully committed to the notions of equity and diversity in the legal profession, and we fully expect she will take the time necessary to thoughtfully review any plans going forward."

In February, Coca-Cola conducted a "Confronting Racism" course for employees that urged them to be "less white."

An internal whistleblower leaked a slide from the class that was posted on Twitter by YouTube commentator Karlyn Borysenko.

"In the U.S. and other Western nations, white people are socialized to feel that they are inherently superior because they are white," the slide said.

It urged employees to "try to be less white." Among the tips were "be less oppressive," "listen," "believe" and "break with white solidarity."

In April, Coca-Cola and others drew criticism from Republican lawmakers for joining in the denouncing of Georgia's election integrity law, which led to Major League Baseball's decision. to withdraw the All-Star Game from Atlanta.

President Biden made false statements about the law, which he called "Jim Crow on steroids," earning him the maximum "Four Pinocchios" from the Washington Post fact-checker.

Republican leaders, including Texas Gov. Gregg Abbott, have argued the Georgia law is no more restrictive than Delaware's election laws, for example, arguing Major League Baseball has "adopted what has turned out to be a false narrative about the election law reforms in Georgia."

Art Moore
Art Moore, co-author of the best-selling book "See Something, Say Nothing," entered the media world as a PR assistant for the Seattle Mariners and a correspondent covering pro and college sports for Associated Press Radio. He reported for a Chicago-area daily newspaper and was senior news writer for Christianity Today magazine and an editor for Worldwide Newsroom before joining WND shortly after 9/11. He earned a master's degree in communications from Wheaton College.
@@arthurdmoore
Colleges offering counseling to cope with overturn of Roe
Twitter OK with threat to kill Clarence Thomas, but censors COVID study
Employees demand Amazon quit states that ban abortion
'2000 Mules' allegations prompt calls for 2020 election probes
Law firm forces out own lawyers who won Supreme gun case
See more...