There is "overwhelming circumstantial evidence" backing the theory that the COVID-19 pandemic began in a lab in China, a report released Wednesday by House Intelligence Committee Republicans has concluded.

The 21-page Republican report, "In Focus: COVID-19 and the Wuhan Institute of Virology," also presents evidence that the U.S. funded the lab's gain-of-function research after support for such research had been suspended in 2014 by the Obama administration.

The idea of "gain of function" is to increase the virulence and transmissiblity of a virus that is regarded as a potential threat to humans. The data is then used to begin developing vaccines and treatments in case of an outbreak. The obvious risk is that an experimental virus programmed to be highly contagious and powerful could be accidentally released. And that is what a growing number of scientists and lawmakers such as Sen. Rand Paul, R-Ky., believe happened after more than a year of media, politicians and top health officials dismissing the scenario as a "conspiracy theory."

On Wednesday, Centers for Disease Control Director Rochelle Walensky admitted in response to queries by Republican Sen. John Kennedy that it's "possible" the COVID-19 virus could have leaked "from a lab."

Last week, as WND reported, a group of 18 prominent scientists published a paper in the journal Science calling for an investigation into the origins of the pandemic, insisting an accidental leak from a lab cannot be ruled out.

The open letter came on the heels of Sen. Paul confronting White House coronavirus adviser Dr. Anthony Fauci on the issue, and a former Science editor publishing a lengthy analysis concluding the evidence points to a lab leak.

The 18 scientists said the lab theory was not given "balanced consideration" in the investigation of the pandemic's origin by a team commissioned by the World Health Organization. Both the Trump and Biden administrations have cast doubt on the joint China-WHO probe and accused Beijing of thwarting an independent investigation into the origins of the virus. The WHO-China report concluded a jump from animals to humans was most likely.

But the Republican report finds the "threads of circumstantial information suggest the outbreak of SARS-CoV-2 and resulting COVID-19 pandemic could have been the result of an accidental leak from the WIV, particularly given the absence of credible information that supports a zoonotic transmission."

"Unfortunately, Beijing has hindered the conduct of a full, credible investigation. There is overwhelming circumstantial evidence, however, to support a lab leak as the origination of COVID-19, while there is no substantive evidence supporting the natural zoonosis hypothesis."

The report points out that Chinese authorities "have failed to identify the original species that allegedly spread the virus to humans, which is critical to their zoonotic transfer theory."

A fact sheet released by the State Department in January noted the Wuhan lab has a "published record of conducting ‘gain-of-function’ research to engineer chimeric viruses." The research includes experiments on a bat coronavirus that is 96.2% similar to  SARS-CoV-2, the COVID-19 virus. The State Department also found that the lab "has engaged in classified research, including laboratory animal experiments, on behalf of the Chinese military."

The Republican report argued the U.S. government and health experts need to find out how the pandemic began so that future pandemics can be prevented or mitigated, but China has "stymied" that effort.

"Nevertheless, significant circumstantial evidence raises serious concerns that the COVID19 outbreak may have been a leak from the Wuhan Institute of Virology."

The report says the evidence includes:

The report said there also are "clear signs that U.S. Government agencies and academic institutions may have funded or collaborated in Gain of Function research at the Wuhan lab."

"At least some of this research was published even after the U.S. Government had paused these kinds of studies in the United States due to ethical concerns over their biowarfare applicability and their potential to accidentally unleash a pandemic … Given the Chinese government’s documented biological weapons program, it is difficult to understand why the U.S. Government permitted collaborative research at the WIV, which had a known Chinese military presence."

CDC director: 'Certainly a lab-based origin is one possibility'

At a Senate hearing Wednesday, Sen. John Kennedy, R-La., asked the CDC's Walensky how she believes the pandemic began.

"I don't believe I've seen enough data, individual data for me to be able to comment on that," she replied.

Kennedy asked what the possibilities are.

"Certainly the possibilities of, that most coronaviruses that we know of are of origin from, that have infected the population — SARS CoV-1, MERS — generally come from an animal origin," she said.

Kennedy followed: "Are there any other possibilities?"

"Certainly a lab-based origin is one possibility," Walensky said.

Kennedy then asked whether the United States was funding any "gain-of- function" research.

"Not that I know of," she replied.

Sen. Paul said last Thursday that while there's no hard proof yet regarding the origin, it's becoming clearer that Fauci "could be culpable for the entire pandemic."

Two days earlier, Paul confronted Fauci in a Senate hearing, asking him directly if the NIH funded "gain-of-function" research at the Wuhan lab. Fauci declared "the NIH and NIAID categorically has not funded gain-of-function research to be conducted in the Wuhan Institute."

Fauci has dismissed the lab-leak scenario for more than a year. At a news conference in April 2020, he cited a study led by computational biologist Kristian Andersen of the Scripps Research Institute in California concluding SARS-CoV-2 "is not a purposefully manipulated virus."

The 18 scientists pointed out in their letter last week that along with the WHO director, 13 other countries and the European Union believe "greater clarity about the origins of this pandemic is necessary and feasible to achieve," the 18 scientists wrote.

One of the 18 scientists is virologist Dr. Ralph Baric of the University of North Carolina, who was spotlighted by Paul in the Senate hearing last week as a collaborator with the Wuhan lab's Dr. Shi Zhengli on gain-of-function research on bat viruses. 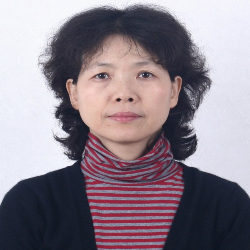