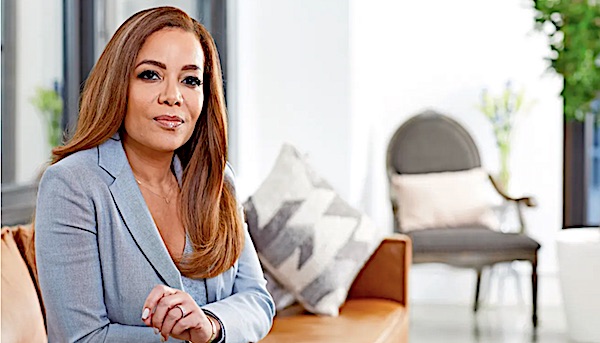 Sunny Hostin is the senior legal correspondent for ABC News and co-host of 'The View.' (courtesy Investigation Discovery)

The senior legal correspondent for ABC News known for lashing out angrily at some 74 million Americans who voted for President Trump and against the pro-abortion and pro-socialist agenda of Joe Biden as "despicable," now is calling for those Americans who have not been vaccinated against COVID-19 to be excluded from society – to be "shunned."

Sunny Hostin, shortly after the 2020 election, said it was "disheartening" that many millions of Americans would support the pro-America, pro-religious rights and pro-business agenda of President Trump that had sent America's economy skyrocketing.

"It is un-American," she charged at the time.

Now Hostin, who is also a co-host on "The View," has called for those who have not yet gotten, or do not intend to take, the COVID-19 vaccine, which are in use in the United States under an emergency authorization, to be separated from society.

"I say we need to shun those that refuse to get vaccinated," she charged.

She injected race, religion and politics all into the public health issue, blaming "white evangelicals" and "Republicans" for not doing what she wants.

Should Sunny Hostin be kicked off the air for urging the shunning of people who refuse a COVID shot?
98% (83 Votes)
2% (2 Votes)

Her rant, regarding masks and vaccines and such:

Let's face it, this is just a vestige of the prior administration's politicization of the mask, and of the vaccine. The prior administration was an anti-science administration and I think we're seeing fallout of the bungling of the pandemic where it led to you know the death (sic) of over 500,000 people. We now know that studies show had the pandemic been dealt with in a different way in a public health manner and had these masks not been politicized in the way that they were we could have saved hundreds of thousands of lives including the lives of my in-laws.

When you look at the folks that are not getting vaccinated, because it's a quarter of Americans are not getting vaccinated, white evangelicals 45% say they won't get vaccinated according to Pew Research, Republicans, 40% of Republicans are refusing to get the vaccine so we won't reach herd immunity because of those particular groups, so I say we need to shun those that refuse to get vaccinated, just like now in certain states, many states I know in New York, uhm, there are signs on storefronts on businesses all across the state, no mask no entry. I think if you have not been vaccinated no entry. You want to get on a plane you gotta be vaccinated. … You can't spread it to other people that are vaccinated. … You don't get those liberties."

The Blaze reported a USA Today commentary "actually used [the] same verb: 'It's time to start shunning the 'vaccine hesitant.'"

"Hostin on Monday's program decried the 'politicization' of the vaccine controversy, calling out former President Donald Trump without naming him — and then proceeded to politicize things herself by using divisive and shaming language and phrases."

The report explained, "Perhaps Hostin missed the news that Trump — who, by the way, said he's been vaccinated — recently called anti-vaccine sentiments 'deranged pseudo-science' and ripped President Joe Biden for aiding such a point of view by pausing the Johnson & Johnson vaccine's distribution."

In fact, in was under President Trump's leadership that the vaccines were developed in record short time periods.

"Oh, and speaking of politicizing the vaccine, who remembers when Kamala Harris in September famously said she wouldn't receive a vaccine developed under the Trump administration — and then happily received it in December when she was the vice president-elect?" the Blaze commented.