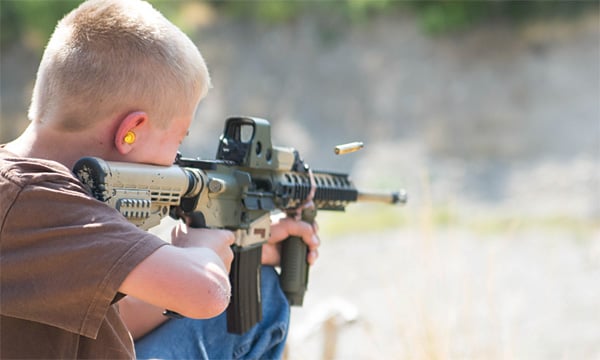 It's because this gun, the common AR-15 rifle, is "particularly lethal," says Joe Biden's nominee to run the Bureau of Alcohol, Tobacco and Firearms.

The Federalist reported on David Chipman's appearance on Wednesday before a Senate Judiciary Commjittee hearing.

"The AR-15 is one of if not the most popular rifle in America. It's not a machine gun, it's a rifle," explained Sen. Ted Cruz, R-Texas. "Your public position is that you want to ban AR-15s, is that correct?"

WATCH: Sen. Ted Cruz gets Joe Biden’s ATF Director nominee David Chipman to admit that he wants to BAN the AR-15, the most popular rifle in America.

“With respect to the AR-15, I support a ban.” pic.twitter.com/6nDgalAkRj

Chipman did explain that if he is confirmed, he would "enforce the laws on the books," which do not now include a ban on AR-15s.

But his agenda clearly has included such a move.

Republican Sen. Chuck Grassley of Iowa suggested putting Chipman at the top of the ATF would be like "putting Antifa in charge of the Portland Police Department."