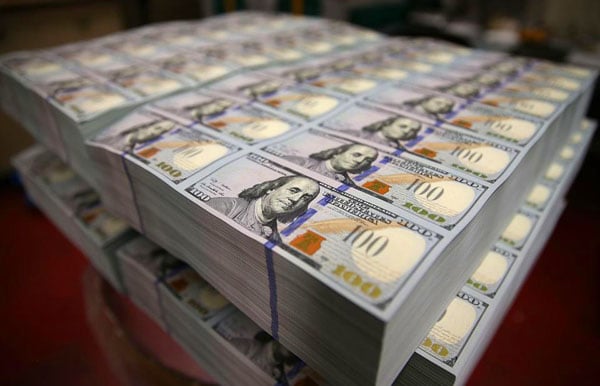 The Protecting the Right to Organize Act, which President Joe Biden has endorsed, would mainstream labor unions’ illegal dues collection practices, according to worker and business groups.

The Protecting the Right to Organize (PRO) Act would enable labor unions to grow in size and, therefore, collect more dues, the groups said. The legislation’s provisions legalize dues collection practices, which are currently illegal nationwide.

“What this bill is about is giving union officials dramatic new powers over employees. There’s nothing in this bill that deals with individual employee rights. Nothing,” National Right to Work Legal Defense Foundation (NRTW) President Mark Mix told the Daily Caller News Foundation. “It’s all about union officials getting more power to corral more workers into unions.”

Unions have rallied in favor of the PRO Act because of their rapidly declining membership, Mix added. Just 11% of U.S. workers were members of a labor union as of January compared to 20% about 40 years ago, according to Department of Labor data.

Labor unions would receive about $20 billion per year in union dues, $9 billion more than they receive now, if the PRO Act is signed into law, according to a recent Institute for the American Worker report. The Service Employees International Union, the American Federation of State, County & Municipal Employee, the International Brotherhood of Teamsters and many other major unions have endorsed the bill.

“The [PRO Act] aims to boost the number of dues paying union members, padding the coffers of union bosses at the expense of workers, small and local businesses, entrepreneurs and Main Street consumers,” Coalition for a Democratic Workplace (CDW) Chair Kristen Swearingen said in a statement to the DCNF.

“American workers and small business owners would be forced to hand over their hard-earned paychecks to labor bosses or lose their jobs, despite the rampant corruption tied to unions,” she said.

The House passed the PRO Act mainly along party lines in March, but the bill faces a tough roadblock in the Senate where it needs 60 votes to pass because of the filibuster. Biden said he would sign the bill and urged lawmakers to quickly send it to his desk.

Unions slammed the filibuster and demanded that the Senate changes its procedural rules to pass the legislation. The American Federation of Labor and Congress of Industrial Organizations, a federation of more than 55 unions representing 12.5 million workers, denounced the filibuster after the House passed the PRO Act, saying the “very survival of our democratic republic” was at stake.

Ending the filibuster to pass the PRO Act is “vital,” International Union of Painters and Allied Trades organizer Ryan Kekeris told the Intelligencer.

“It’s time for Senators to stop hiding behind outdated rules and procedures like the filibuster and to pass the PRO Act,” Communications Workers of America President Chris Shelton said in a March statement.

What’s in the PRO Act?

The PRO Act would repeal the so-called right-to-work laws that exist in 27 states, according to the National Conference of State Legislatures. The laws allow private sector workers to choose whether they’d like to join a union even if a unionization election succeeds at a workplace.

If the PRO Act is enshrined into U.S. law, millions of workers across the country would automatically start paying dues, even if they don’t want to, Mix said.

“[The PRO Act] would dramatically increase unions’ dues harvest by orders of magnitude by simply repealing Right to Work laws,” Mix said. “Unions don’t have to do anything else.”

In states without right-to-work laws, workers who voted against unionization must join a union and pay dues if the majority of their fellow workers voted in favor.

The PRO Act would also introduce card check elections, or the process of unionizing a workforce without a formal secret ballot election, according to the Chamber of Commerce. Instead, union organizers would simply need to convince 50% of workers at any given workplace to sign cards, which are often labeled like an election request card.

The legislation includes a variety of provisions that pose serious privacy concerns, which may lead to worker intimidation, according to Mix. For example, workers’ private information will be more easily accessible for organizers attempting to unionize a business.

“I think it’s perfectly safe to say that there’s privacy issues involved,” he told the DCNF. “And that’s a very serious matter.”

NRTW has filed complaints against union organizers who have showed up to a worker’s home late at night and who obtained the private information of a potential union member’s mother, Mix said.

In addition, the PRO Act allows “secondary boycotts,” or the union practice of protesting an employer that does business with a company resisting unionization. It also opens up the possibility of the government forcibly establishing a contract between a union and business if the two parties cannot come to an agreement within a set amount of time, according to the House Education and Labor Committee.

Altogether, the legislation’s changes to labor law would lead to more union members, Americans for Fair Treatment researcher Suzanne Bates told the DCNF in an interview. The relationship between unions and Democratic politicians who mostly support the PRO Act has left many workers behind, she said.

“Then the politicians turn around and make it easier for the unions to bargain and organize,” she said.

A series of ongoing litigation, which firms like NRTW have brought before the National Labor Relations Board, has shown that unions actively try to increase dues-paying members using many means.

For example, the NRTW are currently representing bus drivers in Virginia attempting to decertify a union, a United Airlines employee that doesn’t want his dues money used for his union’s “political and ideological activities,” a Delaware farmer who alleges he was intimidated by the union he is attempting to decertify and Michigan construction workers denied the ability to resign from the union under the state’s right-to-work law.