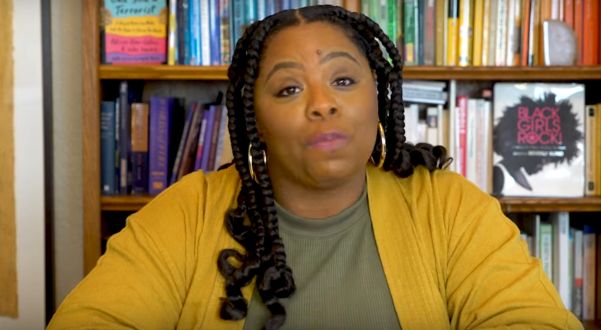 Patrisse Cullors, the co-founder of Black Lives Matter Global Network Foundation, will depart from her role as the organization’s executive director, the charity announced Thursday.

Cullors’ abrupt departure from the charity, which serves as the national arm of the BLM movement, came three weeks after the Daily Caller News Foundation reported that she had used her position as the charity’s leader to funnel business to an art company led by the father of her only child. Charity experts said BLM’s arrangement with the art company, Trap Heals, amounts to self-dealing and raises ethical and legal questions.

BLM Global Network did not provide an explanation in its statement Thursday for Cullors’ sudden departure. The statement said Cullors would be replaced by two senior executives who will lead the group until it “finds a new permanent team.”

Cullors told the Associated Press on Thursday that she is leaving BLM Global Network to focus on other projects, including the release of her second book and a multi-year Warner Bros. television deal.

Cullors “decried what she called a smear campaign from a far-right group, but said neither that nor recent criticism from other Black organizers influenced her departure,” the AP reported.

BLM Global Network had previously offered a vigorous defense for Cullors in April after reports revealed she had purchased four homes across the country for a total of $3.2 million since 2016.

Two other activist groups co-founded and led by Cullors — Black Lives Matter PAC and Reform LA Jails — also made payments to Trap Heals under her leadership, according to campaign finance records previously reported by the DCNF.

BLM PAC paid Trap Heals $148,000 in November to co-produce an election night live stream event on her personal YouTube channel that, according to industry experts, should have cost a fraction of that price to produce, the DCNF previously reported.

The BLM PAC live stream was so poorly produced and riddled with so many technical issues that a conservative watchdog group told the DCNF it is considering filing a complaint with the Federal Election Commission over the “excessive payments.”

Remember: A company run by the father of Cullors’ only child received $148,300 from BLM PAC to co-produce this show.

BLM Global Network’s statement did not say if Cullors will depart from her role as chairwoman of BLM PAC.

“With smart, experienced and committed people supporting the organization during this transition, I know that BLMGNF is in good hands,” Cullors said in the statement. “The foundation’s agenda remains the same — eradicate white supremacy and build life-affirming institutions.”

“Between the two Senior Executives and BLM Grassroots Co-Director Melina Abdullah, who is an original member of BLM and co-founder of its first chapter in Los Angeles, their immense talent will build a future where Black lives do more than matter — they will truly thrive,” Cullors said.

After almost 8 years, we say see you later to the last of our founders, Patrisse Cullors, who’s served BLM whole-heartedly. We reflect on the impact Patrisse had on BLM, & we are in deep gratitude.

BLM Global Network said Cullors had received a total of $120,000 from the charity since 2013 and had not received any compensation after 2019.

“To be abundantly clear, as a registered 501c3, BLMGNF cannot and did not commit any organizational resources toward the purchase of personal property by any employee or volunteer,” the statement read.

BLM Global Network did not immediately return a request for comment asking if the DCNF’s reporting on its dealings with Trap Heals played a factor in Cullors’ sudden departure.

FOX 2 Detroit / YouTube screen shot Dad severely burned, temporarily blind after saving 18-month-old twins from fire: 'I had to get my babies out'