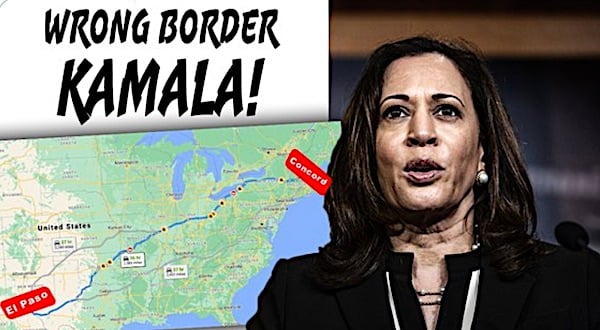 The attorney general of a border state charges that Kamala Harris, who was appointed by President Biden to work on the crisis that has tens of thousands of illegal aliens breaching America's southern border, has been "absolutely abysmal" on the issue, and should be replaced.

The letter from Arizona Attorney General Mark Brnovich was obtained by Paul Bedard for his Washington Secrets column in the Examiner.

Brnovich explains, in the letter to Biden, that he was encouraged when Biden appointed the vice president to work on the problem, which he calls "a catastrophe and a tragedy in the making."

"However, to date, her response to the border crisis has been absolutely abysmal, so I am requesting that she be replaced as your 'border czar,'" he said.

It's 50 days into her appointment, he said, and she "has shown little interest in observing what is happening along the border and has failed to articulate any plant o deal with the devastating effects of this crisis."

She's been busy with "unrelated and less-pressing matters," Brnovich charged, calling her attitude a "slap in the face to Arizonans."

"The truth is that our border officials are overwhelmed, law enforcement is understaffed, and local ranchers live in daily fear of threats from Cartel operatives. It is shameful that they are not receiving more federal support," he said.

He noted that he had written to Harris a month ago, and she had yet to even respond.

"We cannot afford another day, week, or month of apathy and inaction by any official in your administration charged with upholding our federal immigration laws and ensuring public safety," Brnovich warned.

"What is occurring now at the border and in our communities is reckless and dangerous."

Bedard's column pointed out that a poll suggests Americans largely agree with Brnovich.

Do Americans have a favorable or an unfavorable opinion of Vice President Kamala Harris?

The column noted the poll found "national disgruntlement with the new vice president." 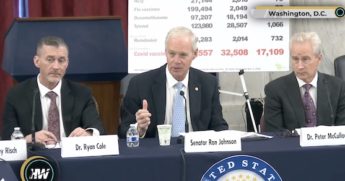