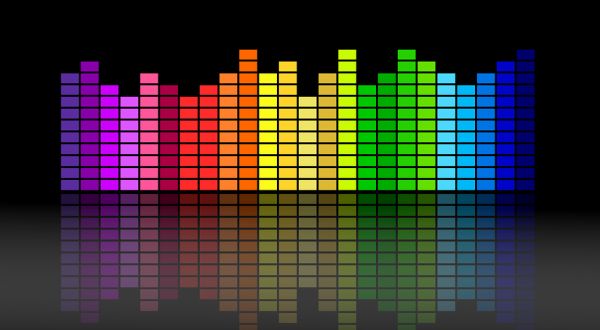 After his 9-year-old brought home a school assignment referring to “sexism” and the “gender spectrum,” Matthew Simmons is concerned that his son is being harmed by what he is taught.

“It makes me sad that he is getting exposed to this and having his childhood whittled away,” Simmons told The Daily Signal in a phone interview.

In mid-May, a teacher gave Simmons’ son a homework assignment to write an essay arguing for or against school uniforms. The teacher provided students with examples of  pro and con arguments.

“Con 3” said school uniforms “may be sexist” and discussed how uniforms might affect a student “unsure of their place on the gender spectrum”:

Some uniforms may strike students and parents as sexist. For example, if a uniform requires girls to wear a skirt and pants are not allowed, some students and parents may object, leading to conflict with the administration. Not all girls want to wear skirts and some may resent being told to wear traditionally ‘feminine’ garments. Also, if a student is unsure of their place on the gender spectrum or is experimenting with different forms of gender presentation, school uniforms can present a real challenge.

Simmons says he began helping his son with the assignment before he realized that his 9-year-old didn’t even know what “sexist” meant.

Disturbed by the language used in the assignment, Simmons got in touch with the teacher to find out why the school was presenting concepts such as sexism and a “gender spectrum” to third graders.

Simmons says the teacher was apologetic, telling him that she felt terrible and did not mean for him to have a conversation about sexism with his 9-year-old son. She explained that the Los Alamitos superintendent of schools, Andrew Pulver, encourages teachers to give assignments that reflect students in class.

Because a transgender student was in her previous year’s class, the teacher told Simmons, she selected the assignment then and simply gave the same homework this year.

He doesn’t fault his son’s teacher for the gender ideology assignment, Simmon says, but sees her as a victim of a school board that is pushing its own agenda. He declined to reveal the teacher’s name.

“These teachers are inundated with stuff that is just not appropriate for kids,” he said Monday in the interview with The Daily Signal. “She had the best intentions at heart.”

The five-member Los Alamitos Board of Education approves the curriculum teachers use, providing a “menu” of assignment options for educators to choose from.

But Simmons contends that many of the options are “nonkosher” to parents such as himself who don’t want their children indoctrinated with gender ideology, critical race theory, and other liberal concepts.

“This is bigger than just conservatives and liberals,” Simmons said, adding: “This is something that, with the internet and YouTube and all this stuff, it’s a tough battle parents have anyways, but knowing the school is creating its own pathway to our children where we cannot even protect them, it’s really difficult.”

The Los Alamitos school district enrolls about 10,000 students in grades TK-12 in nine schools, all nine of which “have been honored as California Distinguished Schools and Gold Ribbon Schools,” according to the district’s website.

Other parents have complained to school district leaders about some assignments given to children, Simmons said, but “from the principals to the superintendent to the school board, we are not getting a very positive response at all.”

“They are resentful that we even bring it up,” he said.

The Los Alamitos school district did not respond to The Daily Signal’s request for comment by publication time.

Asked if he would consider pulling his children out of their school, Simmons said he wants them to receive a public education.

“I really like public school,” he said. “I went to [school in] this district and it was great.”

Taking his kids out of the school district won’t solve the problem, because his son’s “friends and neighbors are going to be inundated with this too,” Simmons said.

It is not enough to simply teach your children right and wrong at home when they’re being indoctrinated all day long at school, he told The Daily Signal.

In an effort to push back against the leftist agenda promoted in the school, Simmons said, he plans to start a Facebook page called Los Alamitos Parents for Equality, “because that is something these people don’t believe in.”

“The woke people are all about equity, not equality,”  he said.

Simmons says he believes that individuals should have equal opportunity, but can’t be guaranteed equality of outcomes. Schools in California, he said, are choosing to pursue “equal results instead of equal opportunity.”

The only ones who can fix the Los Alamitos school district’s problems are parents, he said: