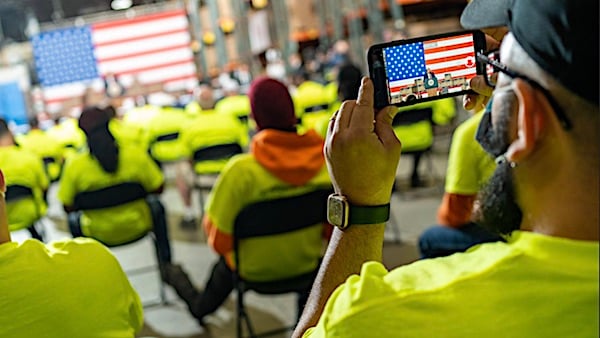 Certain high-tax states in this country just can’t seem to help themselves. Even as their tax bases flee their states, these states continue to stick to the same tax-and-spend policies that have some of their residents desperate to get out. Unfortunately for states starting to feel the pain through diminished revenue collections, it seems there’s another consequence as well: a loss of electoral and legislative power.

With the arrival of new census data comes Congressional reapportionment, and we now know that six states will gain seats in Congress while seven states will lose seats (Texas is gaining two seats). These changes are the same for Electoral College representation. But when looking at the states affected by these changes, a clear pattern of taxpayers fleeing high-tax states for low-tax ones emerges.

And as economist Dan Mitchell points out, the six states gaining seats have other tax characteristics that make them attractive to refugees from census-losers like New York and California. Texas and Florida each have no state income tax, Montana and Oregon have no state sales tax, and the remaining two states — North Carolina and Colorado — have a flat income tax rate.

The bleeding shows no signs of stopping for high-tax states. The pandemic, and its associated rise in remote work, has challenged the old dynamic that one needed to live near a job hub in order to find gainful employment. Taxpayers and businesses until now forced to pay California or New York’s ludicrously high tax rates may begin heading for the exits as remote work becomes a more viable option.

States used to holding their taxpayers hostage won’t take those changes lying down. It’s why some California legislators trying to subject the state’s taxpayers to a wealth tax also cooked up a harebrained scheme to slap any rich Californians who tried to flee with an “exit tax.” New York, meanwhile, has been so desperate to keep hold of its tax base that it has been aggressively taxing former in-state employees who have begun working remotely in other states.

Federal legislation is badly needed to keep states from reaching over state borders to target remote workers. Congress has not yet addressed this problem for the pandemic specifically, but a permanent federal standard to prevent double taxation and surprise tax bills for mobile workers would be even better.

And not all states are responding to the changing workforce with retrenchment. Several states have been considering ways to lure new residents with a friendlier tax environment, while West Virginia still may undergo a major tax reform effort with the explicit goal of reversing population loss. That, and not evil-villain schemes to make sure taxpayers who want to leave have to keep paying into bloated treasuries, is the way to move forward.

It’s good to see states doggedly clinging to outdated tax-and-spend policies facing some consequences for their resistance to change. Maybe the loss of some influence in Congress and the Electoral College will inspire change where the protestations of their overtaxed residents could not.