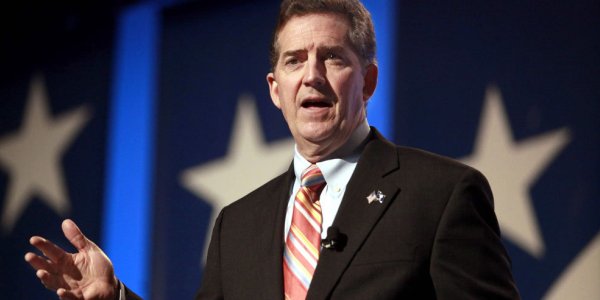 Jim DeMint, the chief of the Conservative Partnership Institute and a former U.S. senator from South Carolina, says the decline of America stems from the "death of truth."

DeMint now has written, "Satan's Dare" and commented on the nation's status, and its future, in a commentary at Real Clear Religion.

He cited a time when he and his wife visited a church on Easter Sunday, and heard a stunner from the preacher.

"After describing the miraculous and incredible resurrection of Jesus, the pastor concluded it didn't matter if it was actually true – only that we believed it was true. I was reminded of that sermon this Easter when Senator Raphael Warnock from Georgia – a pastor himself – issued a since-deleted tweet that read, 'The meaning of Easter is more transcendent than the resurrection of Jesus Christ. Whether you are Christian or not, through a commitment to helping others we are able to save ourselves,'" DeMint explained.

"Nothing could be more anti-Christian or illogical. Paul, writing in 1 Corinthians 15:17-19, said, 'And if Christ has not been raised, your faith is futile; you are still in your sins. Then those also who have fallen asleep in Christ are lost. If only for this life we have hope in Christ, we are of all people most to be pitied.'"

He said, "Men identify as women and – miraculously – men are women. The media tells us America is racist and – without any facts to support the claim – anyone who suggests otherwise is canceled. Politicians misrepresent election integrity legislation by states designed to make it harder to cheat, and big corporations genuflect with boycotts of those states, justifying their actions with deliberate lies. And the threat of COVID-19 was misrepresented and exaggerated with more lies to allow politicians to take control of our lives and livelihoods," he said.

He said his novel addresses this issue.