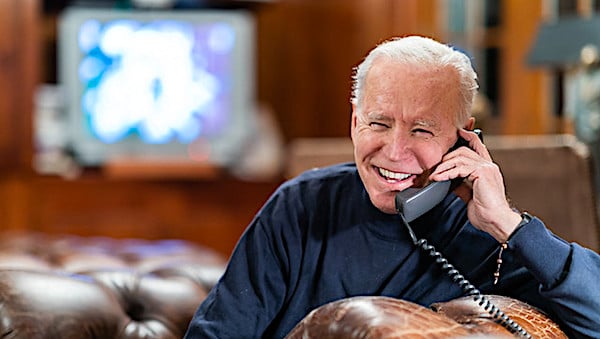 Democratic lawmakers already have condemned Israel for "terrorist acts" in its defense of civilians against Hamas missile attacks, and now more than 500 Democratic staffers are calling on President Biden to  "unequivocally condemn Israel's killing of Palestinian civilians."

In an open letter, the staffers, including many who worked for Biden's campaign, are urging the president to "take concrete steps to end the occupation in pursuit of justice, peace, and self-determination for Palestinians," the Washington Examiner reported.

The group insists Israelis have an unfair advantage.

"While Israelis had to spend nights hiding in bomb shelters, Palestinians in the Gaza Strip had nowhere to hide," the staffers wrote. "It is critical to acknowledge this power imbalance — that Israel’s highly-advanced military occupies the West Bank and East Jerusalem and blockades the Gaza Strip, creating an uninhabitable open-air prison."

The group, the Examiner reported, commended Biden for helping broker a ceasefire, but they said a "temporary peace is not a suitable long-term resolution."

The staffers demands that the Israeli government:

Reps. Ilhan Omar, D-Minn. and Rashida Tlaib, R-Mich. – who are both Muslim – said Thursday the ceasefire between Israel and Hamas after a week-and-a-half of fighting is not enough, insisting Israel is "an apartheid state" that must be held accountable for "war crimes."

The supreme leader of Hamas' chief supporter Iran, Ayatollah Ali Khamenei, was in agreement with the Squad on Friday. Khamenei called for international courts to punish "the terrorist, atrocious Zionist regime" for the "massacre of Palestinian children and women over these 12 days."

The ayatollah, in his tweet, did not mention the fact that Israel was defending itself against the firing of more that 4,000 Iran-supplied rockets at Israeli civilians from dense Gaza neighborhoods – a typical Hamas tactic in which it uses Palestinian families as human shields, exploiting any casualties to gain international support.

Another important duty is pursuing the punishment of the terrorist, atrocious Zionist regime. The massacre of Palestinian children and women over these 12 days should not be left unpunished.